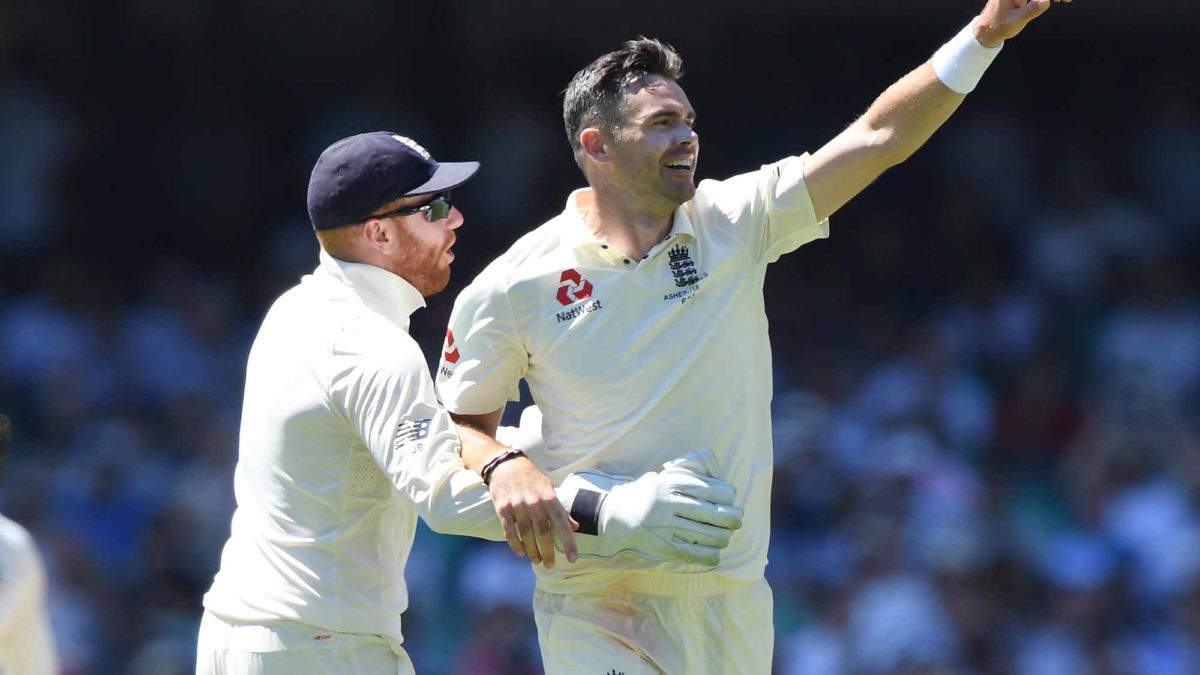 The build-up to the prestigious series is seldom dull: Aussie spinner Nathan Lyon famously vowed to ‘end careers’ leading into the 2017-18 summer. This time around, it’s captain Tim Paine’s comments on England’s reported reluctance to tour due to COVID-19 restrictions that have caused a stir.

Speaking to The Telegraph, Anderson invoked star teammate Ben Stokes’ ongoing absence from the game due to mental health concerns, as proof of the damage such media barbs can cause.

“It is dangerous to start talking like that, especially when we already have one player [Stokes] missing because he is looking after his mental health,” Anderson said.

“I get it that this is an Ashes series and we are going to have this bit of pantomime stuff away from the cricket, but let’s just keep it respectable.”

>> READ: How ‘battle hardened’ England can regain the urn down under

A veteran of four previous Ashes tours, Anderson has become renowned as one of the world’s most vocal cricketers during his glittering 166-Test career. His accusation that Australia were ‘bullies’ after taking umbrage with an on-field war of words in the 2017-18 series was met with a fierce response from the hosts, with then-captain Steve Smith describing the fast bowler as ‘one of the biggest sledgers in the game’.

“It’s interesting coming from Jimmy, calling us bullies and big sledgers,” Smith said at the time.

“I remember back to 2010 when I first started and wasn’t any good, and he was pretty happy to get stuck into me then.”

Anderson was also at the centre of one of the Ashes’ most infamous recent moments, when his stoush with George Bailey late in the first Test of the 2013-14 series prompted captain Michael Clarke to instruct him to ‘get ready for a broken f—ing arm’.

Anderson went on to note the importance of his team not being sucked into the traditional Ashes hype. With more than half of England’s squad having never toured Australia before, the 39-year old, whose 632 Test wickets are the most by any fast bowler, knows the influence that can have better than most.

“There is always a lot of hype and noise around the Ashes in the build-up to it. Making everyone aware of that and having ways of blocking it out are important,” Anderson told The Telegraph.

“It is designed to distract us. There are always little things that crop up. That is inevitable but it is important we try to focus as much as we can on the cricket.

“Our job is not really to get involved in any off-field war of words. We have to focus on our jobs on the field and perform for our country.”

The Paine comments that prompted Anderson’s response have been pilloried by the English media, with the captain criticised for a lack of empathy with the tourists, especially considering Australia are yet to play an overseas Test series since the COVID-19 pandemic began in early 2020.

“The First Test is on December 8th — whether Joe (Root, England captain) is here or not. They all want to come, there’s no doubt about that,” Paine said in a spot on SEN Hobart in September.

“No one is forcing any England player to come. That’s the beauty of the world we live in — you have a choice. If you don’t want to come, don’t come.

“If you do want to come and represent your country and play in an Ashes series which Joe Root said ‘that’s what they all want to do, that’s what they dream about doing’ then come and do it.”

England’s players have also found an unlikely ally in their touring concerns, with Australian opener David Warner going in to bat for the opponents he’s so often antagonised over his Test career.

“When it comes to bubbles it is challenging. I do see England’s point of view,” Warner told Nine Media’s The Sydney Morning Herald.

“Coming to Australia, the questions being asked are obviously out of the control of Cricket Australia. It’s a government situation.

“We went through it last season. With crossing borders and the like, there is a lot of hard work and planning that goes into it.

“I do feel for the England team and it’s more difficult if you’ve got children.”

The first Test is currently scheduled to begin on December 8 at the Gabba; however, rumours are circulating that the match could be moved to Sydney, due to NSW’s move to scrap mandatory hotel quarantine for international arrivals.