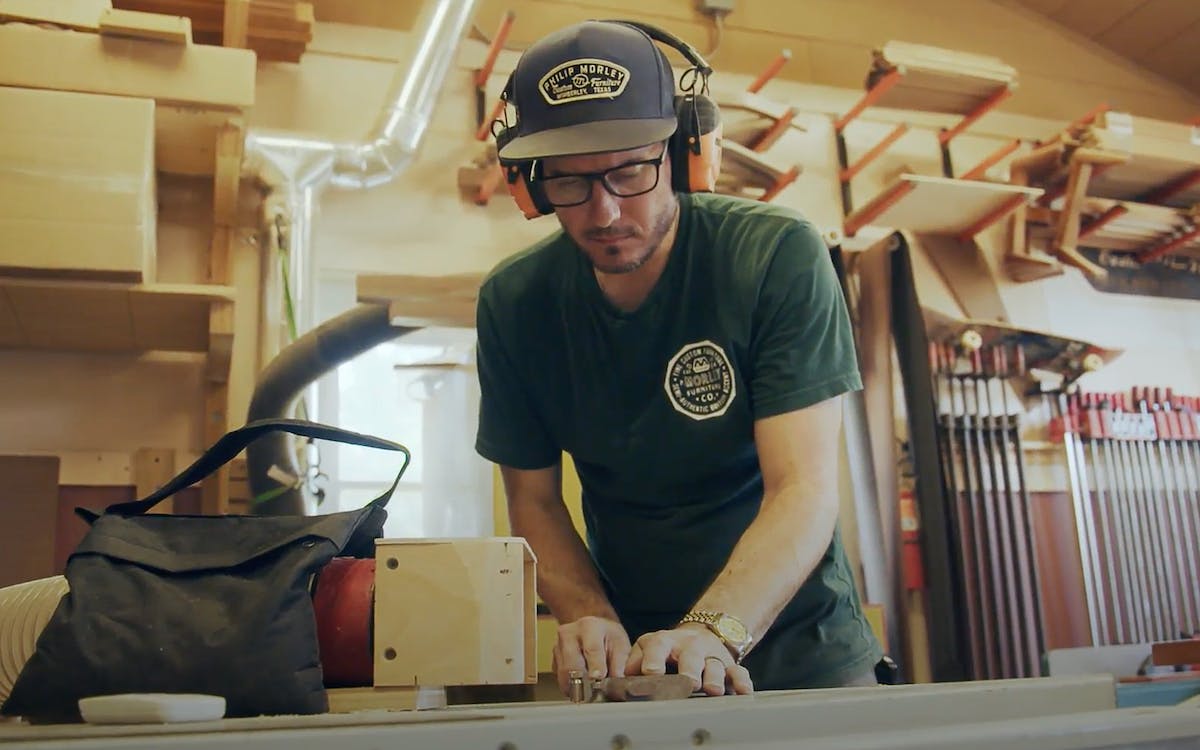 This is the third installment of our Made in Texas video series, in which we highlight stories from craftspeople all over the state.

“Woodworking is really what kind of saved my life,” says Wimberley’s Philip Morley. After a few rough years as a teenager in London, Morley, who is dyslexic, found his true calling in woodworking. Now the talented craftsman is sought out for his custom furniture pieces, from rocking chairs to record consoles. Inspired by the mentors and craftspeople who helped him along the way, Morley has spent the past year working with a former student of his, Amanda Russell. “She’s on her path too—you’ve just got to follow it,” he says.

In this Made in Texas video, watch Morley and Russell at work in Morley’s workshop, which is next to the home he shares with his wife and four children.