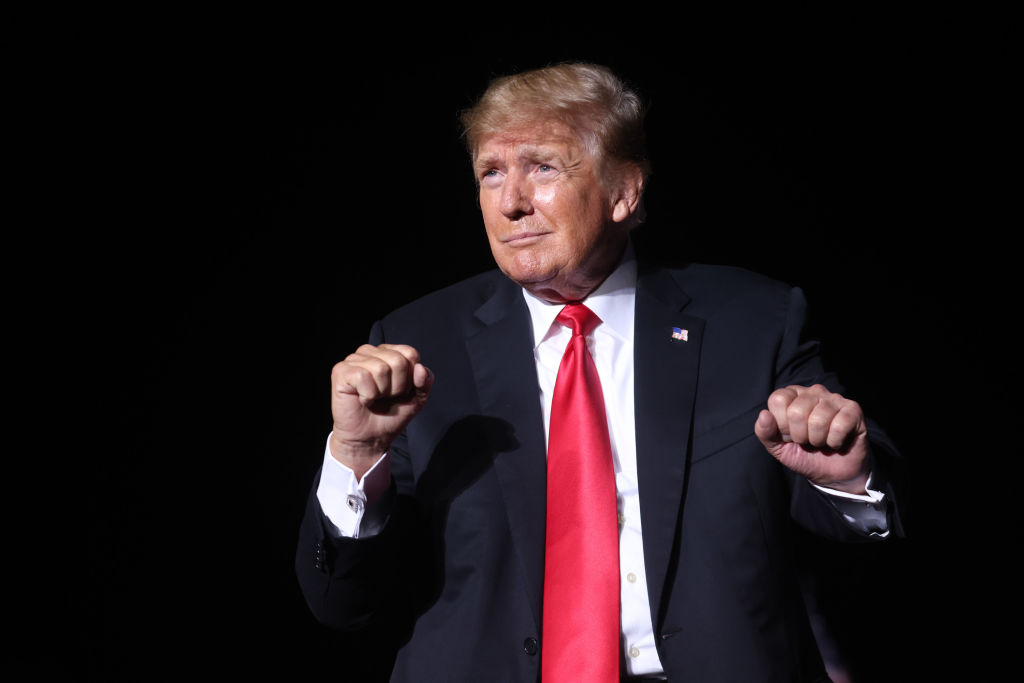 Although a small faction of the GOP remains staunchly opposed to Trump, the vast majority of Republicans continue to view him favorably, and a significant majority want him to seek the presidency again. No other potential GOP presidential contender comes close to Trump’s level of support, according to the latest survey results from Morning Consult.

Meanwhile, the survey showed that 82 percent of Republicans continue to view Trump favorably. Just over two-thirds (67 percent) said they want him to run again in 2024. However, Trump remains an unpopular candidate with the majority of all Americans—with 59 percent saying he should not run again in 2024

Previous polling released in September by Harvard CAPS-Harris showed even greater support for Trump in a potential 2024 bid. That survey found that 58 percent of Republicans would cast their ballots for the former president. That survey showed Pence supported by 13 percent of GOP voters and DeSantis in third place with just 9 percent.

Trump has not formally announced his intention to run for president again but has consistently flirted with the possibility in public comments. Close associates of the former president—such as his former top advisers Steve Bannon and Jason Miller—have said multiple times in recent weeks that they expect him to announce another bid for the White House.

“He has not said the magical words to me, but if you talk to him for a few minutes, it’s pretty clear that he’s running,” Miller told Cheddar News in September.

Bannon has predicted a “sweeping” victory for Trump and the Make America Great Again (MAGA) movement in 2022 and again in 2024. “He’ll come back to us. We’ll have a sweeping victory in 2022, and he’ll lead us in 2024,” the Trump ally said earlier this year at an event for Boston Republicans.

If 2024 does turn into a matchup between Biden and Trump again, recent polls suggest that it would be a close race. October survey results by Redfield & Wilton Strategies showed Biden leading Trump by only 2 percentage points among likely voters. That poll found the current president was backed by only 43 percent of voters, while Trump was supported by just 41 percent.