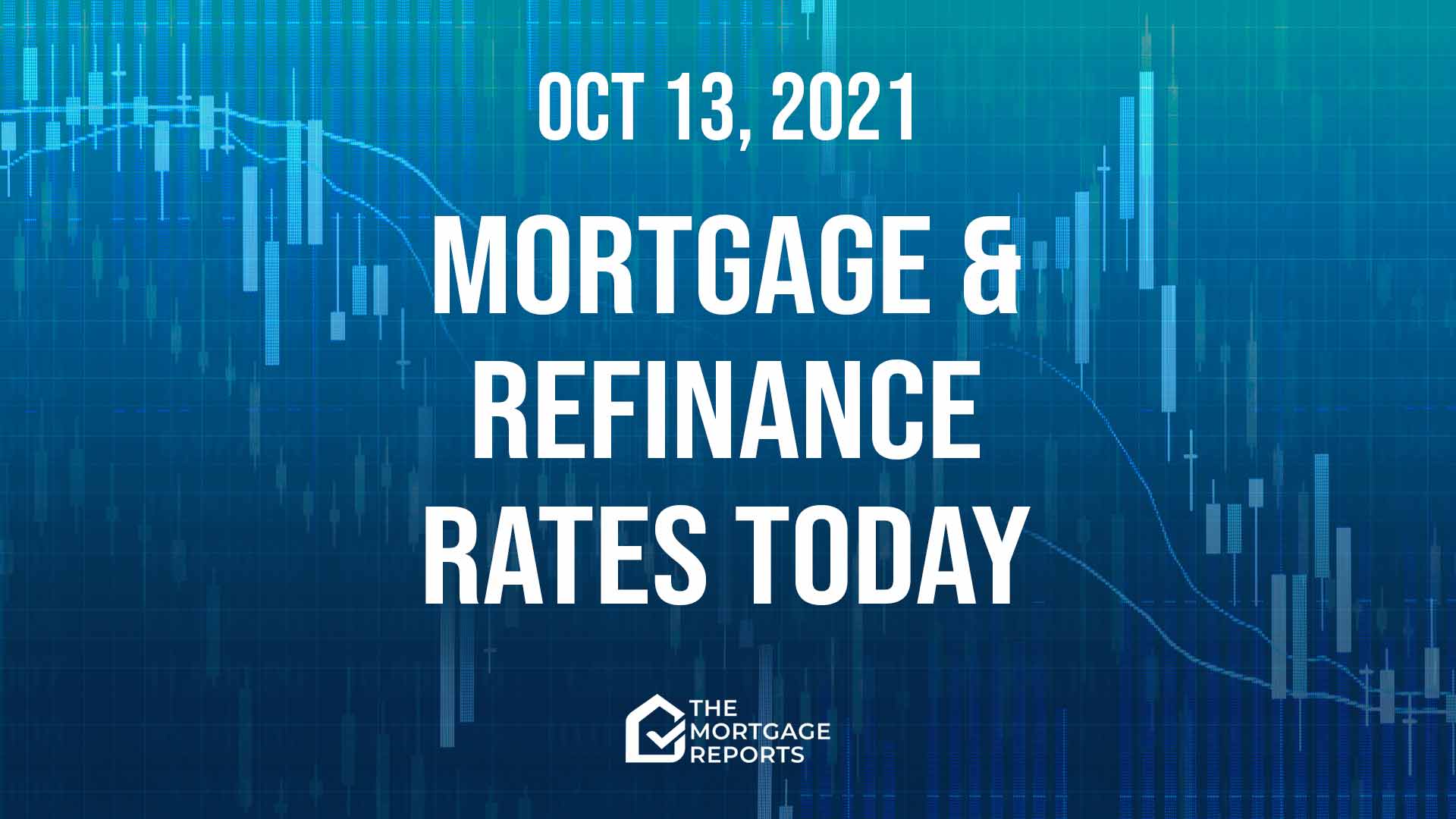 Average mortgage rates edged higher again yesterday. But that may have been lenders catching up with rises that they failed to implement last Friday.

This morning’s inflation data were warmer than expected. And early activity in markets suggests mortgage rates today might edge lower. However, the Federal Reserve is due to release an important document at 2 p.m. (ET). And that might change things.

It still seems to me that the forces trying to push up mortgage rates are much stronger than the ones trying to drag them lower. And I suspect that situation will continue into the long term.

Of course, there will be periods when those rates fall — possibly including today. That’s how markets work. But I predict that the overall trend will continue upward into the foreseeable future.

So use markets only as a rough guide. Because they have to be exceptionally strong or weak to rely on them. But, with that caveat, mortgage rates today look likely to fall. But be aware that “intraday swings” (when rates change direction during the day) are a common feature right now.

Yesterday, Atlanta Federal Reserve President Raphael Bostic told The Financial Times that he believed that the Fed should begin to wind down its asset purchases as soon as possible. “I think that the progress has been made,” he said. “And the sooner we get moving on that the better.”

Of course, Mr. Bostic is just one voice within the Fed. And others may disagree. But most investors seem convinced that the central bank will indeed begin to taper those purchases come Nov. 3.

And that’s crucial for mortgage rates. The Fed’s been buying mortgage-backed securities at a rate of $40 billion a month for the last 18 months. And those securities largely determine mortgage rates. So, when it begins to turn off that faucet, those rates are very likely to rise further.

We may learn more this afternoon at 2 p.m. (ET) when the Fed releases the minutes of the last meeting of its monetary policy body, the Federal Open Market Committee.

Is the economic recovery stalling?

You’ve probably seen recent reports about the headwinds the recovery is facing. And various banks, plus the International Monetary Fund (IMF), have been scaling back their forecasts for gross domestic product (GDP) growth both domestically and globally. And it’s true that stubbornly disappointing employment figures and global supply chain issues together may be slowing that growth.

Such forecasts are important to mortgage rates because those rates tend to be higher when the economy’s doing well and lower when it’s doing badly. So should we see those reports as a glimmer of hope for lower mortgage rates?

Sadly, I doubt it, at least for now. Even after they’ve been scaled back, those growth forecasts show a booming economy. Meanwhile, other forces are in play that are pushing rates higher. For example, rates of new COVID-19 infections in America have been falling for a month. And inflation is proving much more persistent than many expected.

So I’m reasonably confident in predicting higher mortgage rates as we move forward. But nothing’s impossible.

For more details about the Fed’s plans and other influences on mortgage rates, read last Saturday’s weekend edition of these daily reports.

The most recent weekly record low occurred on Jan. 7, when it stood at 2.65% for 30-year fixed-rate mortgages. But then the trend reversed and rates rose moderately.

However, from April, those rises were mostly replaced by falls, though typically small ones. More recently, we had a couple of months when those rates barely moved. But, unfortunately, September brought some sharp rises.

Freddie’s Oct. 7 report puts that weekly average for 30-year, fixed-rate mortgages at 2.99% (with 0.7 fees and points), down from the previous week’s 3.01%. But expect them to be higher tomorrow.

The numbers in the table below are for 30-year, fixed-rate mortgages. Fannie’s were updated on Sept. 20 and the MBA’s on Sept. 22. But Freddie’s were last refreshed on July 15 because it now publishes these figures only quarterly. And its forecast is looking seriously stale.

All these forecasts expect higher mortgage rates soon or fairly soon. But the differences between the forecasters are stark. And it may be that Fannie isn’t building in the Federal Reserve’s tapering of its support for mortgage rates while Freddie and the MBA are. Or perhaps Fannie believes tapering will have little impact.