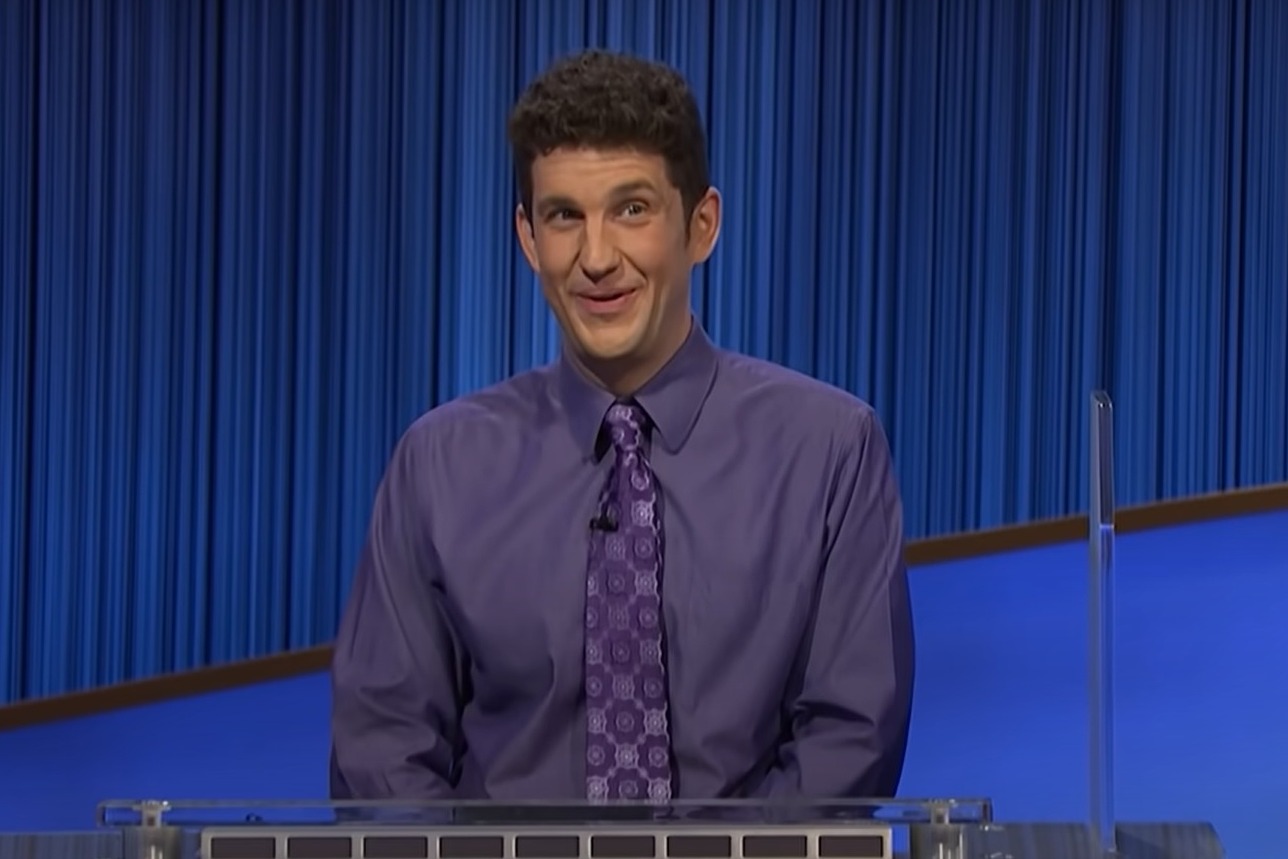 Former Jeopardy! champ Matt Amodio has addressed accusations from fans that he threw the game when he was seen losing on Monday night’s episode.

The Yale Ph.D. candidate’s record-breaking run on the show came to an end as he was defeated after 38 consecutive victories.

And within moments of the episode airing, several fans took to Twitter to share their belief that Amodio had lost on purpose—with some accusing him of throwing the game so that he could return to his computer science studies.

Many expressed disbelief that Amodio could honestly have answered Poland (rather than Austria) to the “Final Jeopardy” clue: “Nazi Germany annexed this nation and divided it into regions of the Alps and the Danube; the Allies later divided it into four sectors.”

Pointing out how he was outpaced by his challengers—Jonathan Fisher and Jessica Stephens—some viewers even went as far as to speculate that Amodio was tired of the grueling schedule and just wanted to return to the real world with his winnings.

However, the Ohio native told Newsweek that such theories are unequivocally false, as he relished winning too much to break his streak.

“I really like winning Jeopardy games,” the artificial intelligence researcher said over email. “I always want to do that more.”

Disappointed fans wanting to see Amodio vie for more wins will get to see him return to screens for the “Tournament of Champions,” which he has confirmed he will be participating in. It is expected to air next year.

After the episode aired, Amodio said in a post on Twitter: “Congrats to today’s two brilliant challengers for making it an exciting game of #Jeopardy today! Let’s celebrate a match well played by Jonathan and Jessica!”

Just below Amodio is James Holzhauer, who won 32 straight games when he appeared on Jeopardy! in 2019. However, Amodio sits in third place for cash won during regular season play, as Holzhauer raked in $2,462,216 during his stint.

On the night that Amodio’s final regular play Jeopardy! episode was aired, the Connecticut resident shared a statement reflecting on his loss.

In a display of his characteristic humility, he said: “Everybody’s so smart and so competent that this could happen any game. And this time it did.”

“I always wanted to be a Jeopardy! champion, and I accomplished that,” he continued. “l know going into every bar trivia game that I play that I’m going to come in with a little intimidation factor.

“But also, I just like the badge that it represents. As somebody who prioritizes knowledge and knowing things, this is really a good one to have following me everywhere.”

During his time on the show, Amodio set a show record that will be very tough to beat, and his streak spanned episodes hosted by six guest hosts.

As Jeopardy! producers sought to find a permanent replacement for the late Alex Trebek, a revolving door of celebrities hosted the show during Season 37. For Amodio’s run, those hosts were Robin Roberts, LeVar Burton, David Faber and Joe Buck.

Mike Richards, who was then the show’s executive producer, was named the new permanent host in August. Just nine days later, he stepped down from his role amid a backlash over comments he had made on a now-defunct podcast.

Before his departure, he filmed one week’s worth of episodes as permanent host, which opened Season 38 and saw Amodio continue his record-breaking streak.

Richards—who also lost his job as the executive producer of Jeopardy! and Wheel of Fortune—was replaced by Mayim Bialik, who oversaw the final weeks of Amodio’s episodes on the show.

From November, Bialik, who was previously announced as the host of Jeopardy! specials and tournaments, will split presenting duties with Jennings for the remainder of 2021.