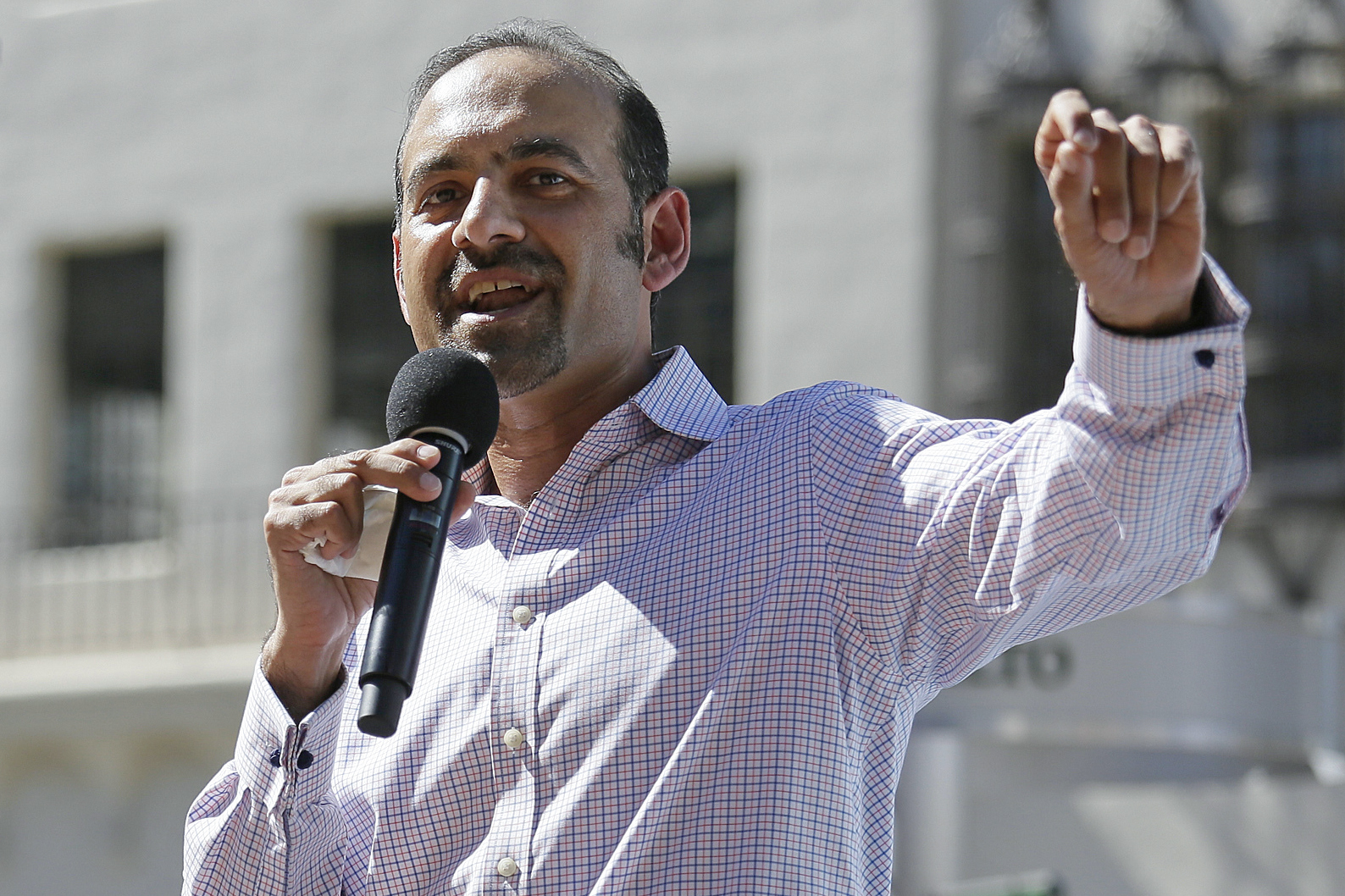 Senate Republicans have repeatedly blocked the confirmation of President Joe Biden‘s nominee to be the deputy administrator of the Small Business Administration, citing objections to COVID-19 relief money earmarked by the SBA for Planned Parenthood branches in the U.S., the Associated Press reported.

If Dilawar Syed is eventually confirmed for the SBA role, he would be the highest-ranking Muslim official in the U.S. government. Though Biden has continued to back Syed for the position, the failure of Republicans to attend committee votes for his confirmation has put his nomination in jeopardy, AP reported.

Some Democrats have accused those looking to block Syed’s confirmation of anti-Muslim bias, while some Muslim and Jewish organization have decried the setbacks. Rabbi Jack Moline, president of the Interfaith Alliance, described the Republicans’ stagnation as an “excuse for a lot of issues that have nothing to do with suitability for the position.”

“Mr. Syed is not responsible for those funds, so his nomination is being held hostage to a policy dispute with which he has no influence or decision-making power,” Moline said.

Democrats and the White House say GOP senators have provided shifting explanations for their blockade and that the delay in staffing the SBA could slow help to small-business owners who are trying to rebuild from the pandemic.

The White House nominated Syed in March, but the Senate Small Business Committee has not been able to advance the nomination because Republicans have repeatedly failed to appear for votes. The blockade follows several different Republican objections: Syed’s affiliation with a Muslim advocacy group, small-business loans he received and, finally, the agency’s loans to branches of Planned Parenthood.

It is unclear how the dispute will be resolved.

Democrats say the loans were legal and fall under the agency’s rules, and pointed out that several conservative organizations have also received money.

The committee chairman, Senator Ben Cardin (D-Md.), tried at the end of September to bypass the committee and request a vote on the Senate floor. But the committee’s top Republican, Kentucky Senator Rand Paul, objected and said Republicans would not allow a vote until the loan money to Planned Parenthood was returned.

Cardin responded that the agency cannot “pick and choose who they like and don’t like. That is not how you administer a program.”

The “partisan and unnecessary inaction of our Republican colleagues shows no concern for the millions of small businesses still relying on SBA support to survive COVID-19 and rebuild their future,” Cardin said.

Other Democrats have directly charged that the Republicans are blocking Syed because he is a Muslim.

In a letter to Cardin and Paul, members of the Congressional Asian Pacific American Caucus wrote that they believe the holdup is based in part on “anti-Muslim sentiment” and “furthers the perpetual foreigner stereotype” of Asian Americans and Pacific Islanders.

Hawaii Senator Mazie Hirono, a member of that caucus, said on the Senate floor after Paul objected that “it boggles the mind that Republicans are blocking someone who is the very picture of the American dream—an entrepreneur, a job creator who was born in Pakistan and educated in America, who understands firsthand the challenges businesses have faced during this pandemic.”

A Senate GOP letter circulated in June mentioned Syed’s affiliation with Emgage Action, a Muslim American advocacy group that it accused of “overtly anti-Israel positions and rhetoric.” The letter, led by Idaho Senator Jim Risch, said the signers wanted to ensure that a confirmation would not jeopardize small businesses with close ties to Israeli companies or small businesses owned by Jewish Americans.

Some Jewish groups said that argument was unfair.

Bend the Arc: Jewish Action, a progressive Jewish organization, has helped assemble a coalition of civil rights and faith-based groups demanding an expeditious vote on Syed. CEO Stosh Cotler said her group is “especially offended by the Republican politicians who wildly claim to reject Mr. Syed’s nomination in defense of the Jewish community.”

Emgage Action suggested in response to emailed questions that the GOP opposition “is absolutely fueled” by anti-Muslim sentiment. “Historically, Muslim Americans in positions of political leadership have always received this type of backlash and scrutiny. There is a double standard.”

Syed is a board member of Emgage Action but told the committee he will resign when confirmed.

He also responded to written questions from the committee by saying he wanted to “unequivocally state that I do not support BDS,” shorthand for a Palestinian-led movement that advocates boycotts, divestment and sanctions against Israeli institutions and businesses.

None of the senators contacted about the June letter would comment on it.

The letter and the Planned Parenthood statement came after Paul raised initial concerns about Syed because of small-business loans his own company had received during the pandemic, implying it might be a conflict of interest. After Paul questioned him at his April confirmation hearing, Syed said he used the dollars to meet payroll and had paid back the loans by the first of the year.

The White House is not backing down.

“Dilawar Syed is well-qualified to serve as deputy administrator of the SBA, which has been critical in providing relief to small businesses in the midst of the pandemic,” said White House deputy press secretary Chris Meagher. “And yet his confirmation is being held up in an unprecedented way and for no good reason by GOP members of the Committee.”

Meagher said the Republican senators “are not just slowing his vote, but also slowing help to American small business owners and workers who are trying to build back from the pandemic.”

Cardin says the committee will keep trying and will look at “every conceivable way” to confirm Syed.

“I think he is an extraordinary person who will serve our nation with great distinction, and I know our small business community needs a confirmed deputy administrator,” Cardin said.