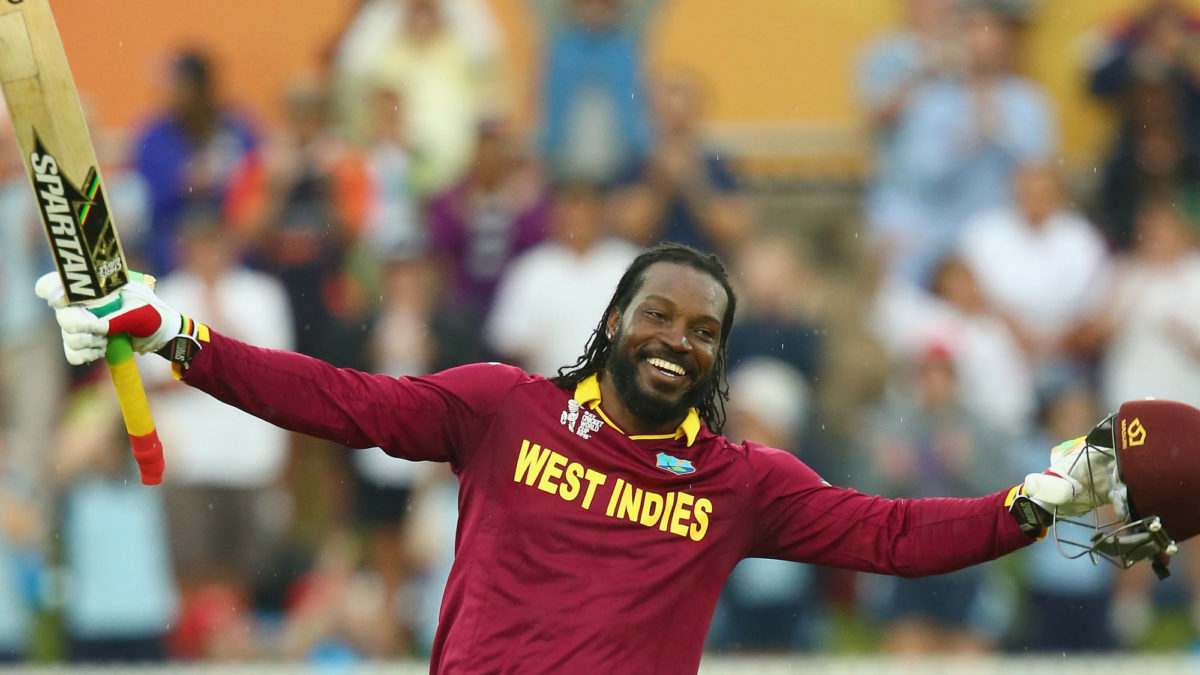 The seventh T20 World Cup starts on Sunday as the top 20 nations – including new boys Papua New Guinea and Namibia – descend upon the United Arab Emirates and Oman for 45 matches across 30 days. Here’s everything you need to know.

The tournament has managed to overcome a series of COVID-related stumbling blocks. Originally Australia was set to host the World Cup in 2020 but the ICC moved the tournament to 2021 and it was agreed that India would host, with Australia then being the home nation for the 2022 event.

COVID hit again and the competition was moved from India to the UAE and Oman with all teams now based in the Middle East and going through their final preparations while in carefully established isolation set-ups.

The history of the T20 World Cup
The first T20 World Cup took place 14 years ago and strangely in that first outing, Kenya and Scotland were able to qualify for the 20-over tournament by topping the World Cricket League Division One – a 50-over competition.

Of the six World Cups so far, there have been five winners – India, Pakistan, England, Sri Lanka and the West Indies twice – but only six different teams have made the 12 potential slots in the final, with teams from Asia dominating.

While the tournament was originally intended to take place every two years, the 2021 World Cup is the first for over five years. That 2016 competition saw one of the greatest games of T20 ever with England being set 230 to win by South Africa and then knocking off the runs with two wickets and two balls to spare.

Many would assume that Chris Gayle has been the dominant batsman of the T20 World Cups, but it’s actually Mahela Jayawardene who has scored the most runs (1016 from 31 matches). Brendon McCullum holds the highest individual score (123 from 58 balls) and Virat Kohli has the best average with 86.33 from 16 matches.

Gayle, also known as ‘The Universe Boss’, does hold his fair share of T20 World Cup records, though. He scored the fastest century in just 48 balls when he demolished England in the early stages of the 2016 competition. That score also saw him set a new record for the most sixes in a single innings with 11.

Does the 42 year old Chris Gayle still have what it takes? (Photo by Mark Kolbe/Getty Images)

Ajantha Mendis has the best return for any bowler with 6-8 achieved against Zimbabwe in 2012 while Shahid Afridi has the most wickets overall, with 39 from his 34 matches.

The format for 2021
This year’s format has the competition broken into two phases – the group stage and the Super 12s.

Starting on October 17, the group stages begin with eight teams split into two groups. Each nation plays the other members and then the top two from each group will qualify to join the second section of the World Cup – the Super 12s.

The teams in this first group stage are Sri Lanka, Ireland, Netherlands, Namibia, Bangladesh, Scotland, Oman and Papua New Guinea with Namibia and PNG making their first ever appearance at a T20 World Cup.

The Super 12 phase starts on October 23 and will see two groups of the top eight teams in the ICC rankings and then the four qualifiers from the group stage.

Again each team will play the others from their group, with the top two from each group making it through to the semis and then the final awaits on Sunday, November 14 (early in the morning of Monday, November 15 for everyone in Australia and New Zealand).

The ODI World Cup in 2019 was criticised for taking so long to play and the organisers of the T20 World Cup have tried to squeeze in two games a day as often as possible to speed through the 45 matches.

With the ICC previously confirming that World Cups from 2024 onwards will be expanded to include 20 teams, it looks like the event is only going to get bigger and bigger.

What’s at stake?
Besides the obvious bragging rights, there’s also some tempting prize money on offer. The overall pot is $7.6 million with every team that enters receiving at least $54,000, which for some of the minor nations will be a crucial investment in their budgets for 2022 and beyond.

The losing finalists will have to try and console themselves with a prize of $1.1 million while the overall champions will win double that with a cool $2.2 million.

It’s worth noting that Virat Kohli earned just over $3 million for leading the Royal Challengers Bangalore in the most recent IPL tournament.

So who are the favourites to walk away with all that cash?
The two favourites both in terms of the rankings and the bookies are England and India. Both teams are full of power batting, high quality bowling attacks and are led by very astute skippers.

Eoin Morgan will lead England into the tournament off the back of winning the ODI World Cup and if he can add the T20 trophy to the cabinet then he’ll have secured his place in England sporting history.

Virat Kohli is already a legend of the sport in all formats and with his plan to resign the T20 captaincy after the competition, lifting the World Cup would be a fitting end to his tenure.

As the current champions, the West Indies have found some good momentum going into the tournament after an average run of form. They’ve won 11 and lost nine matches in the past two years but demolished Australia this July 4-1 in a five-match series. With Gayle still crushing balls, anything is possible and if they get on a roll in the competition then they will be hard to stop.

Australia have never won the T20 World Cup and their disrupted build-up going into the 2021 tournament is a cause for concern. When asked about how he felt being regarded as underdogs, skipper Aaron Finch didn’t disagree but saw it as motivation.

“The reality is we haven’t performed our best in World T20 so I think it’s a great opportunity,” Finch says. “I feel as though our squad is good enough to win the World Cup and it does take a full squad to do that.”

First hit back in the nets the other day with @Gray_Nicolls pic.twitter.com/h2ETYnSiyy

Three players to keep your eye on

There is so much talent on display in a World Cup and there’s bound to be some new stars created over the next few weeks. Here are three names to watch very carefully – they could lead their sides to glory.

Liam Livingstone, England
Eight matches, 206 runs at 34.33, 167.47 strike rate
Livingstone has already impressed in the Big Bash with his performances for the Perth Scorchers and was named MVP in the inaugural Hundred competition in England this year.

He’s only played eight times for England but has already scored the fastest 50 and fastest century for England when they played Pakistan this year.

Tabraiz Shamsi, South Africa
42 matches, 49 wickets at 21.63, 6.79 economy rate
Considering he’s the number one ranked T20 bowler in the world, you’d think Shamsi would be better known but he’s stayed under the radar.

The 31-year-old left-arm slow bowler is likely to set a new record for most wickets in a calendar year during the World Cup – he already has 28 and is sure to pick up many more in the coming weeks.

The Proteas are no easy-beats despite their recent struggles. (Photo by Dan Mullan/Getty Images)

Wanindu Hasaranga, Sri Lanka
25 games, 36 wickets at 15.47, 6.57 economy rate
Another spinner and another highly-ranked bowler to keep your eyes on, Hasaranga sits just behind Shamsi on the ICC rankings.

Sri Lanka have an impressive history in the T20 World Cup but will have to come through the group stages before they get to challenge the big names for a semi-final spot. They aren’t the team of old and there’s a lot of expectation on the whirling shoulders of this 24-year-old.

The venues
The competition will be played across four venues in the UAE and Oman.

Dubai International Stadium: this venue has hosted more T20 internationals than any other stadium around the world and will host the final of this World Cup. It has over 300 floodlights around the stadium to reduce shadows during evening sessions.

Sheikh Zayed Stadium: this venue has hosted 48 international T20 matches making it the second most used venue for the format in the world.

Oman Cricket Academy Ground: this is a cute venue with a maximum capacity of just 3000 people.

With the recent IPL competition being played at these venues, there has been concern that the wickets will not be in pristine condition. With the average innings score in the IPL dropping this past season too, there is also a worry that the World Cup will see much lower scores than anticipated.

“The bar is generally a little bit low scoring and Abu Dhabi, which is a big ground, has a chance for a lot of twos,” said Finch.

“They’re probably a little bit more Australian-like in terms of a bit more pace in the wicket. We’ll have to be really flexible with the way that we pick our side and the way that we structure up depending on the conditions.”

How to watch it
The tournament is exclusively live on Foxtel and Kayo Sports.

Some bold predictions
So here we go – hear me now, believe me later…

Sri Lanka, Ireland, Bangladesh and Scotland will qualify for the Super 12s.

England, West Indies, India and Pakistan will make the semi-finals.

India will beat England in the final.

Whatever happens, we’ve got a whole month of the world’s best T20 players going head to head – it’s going to be fantastic!