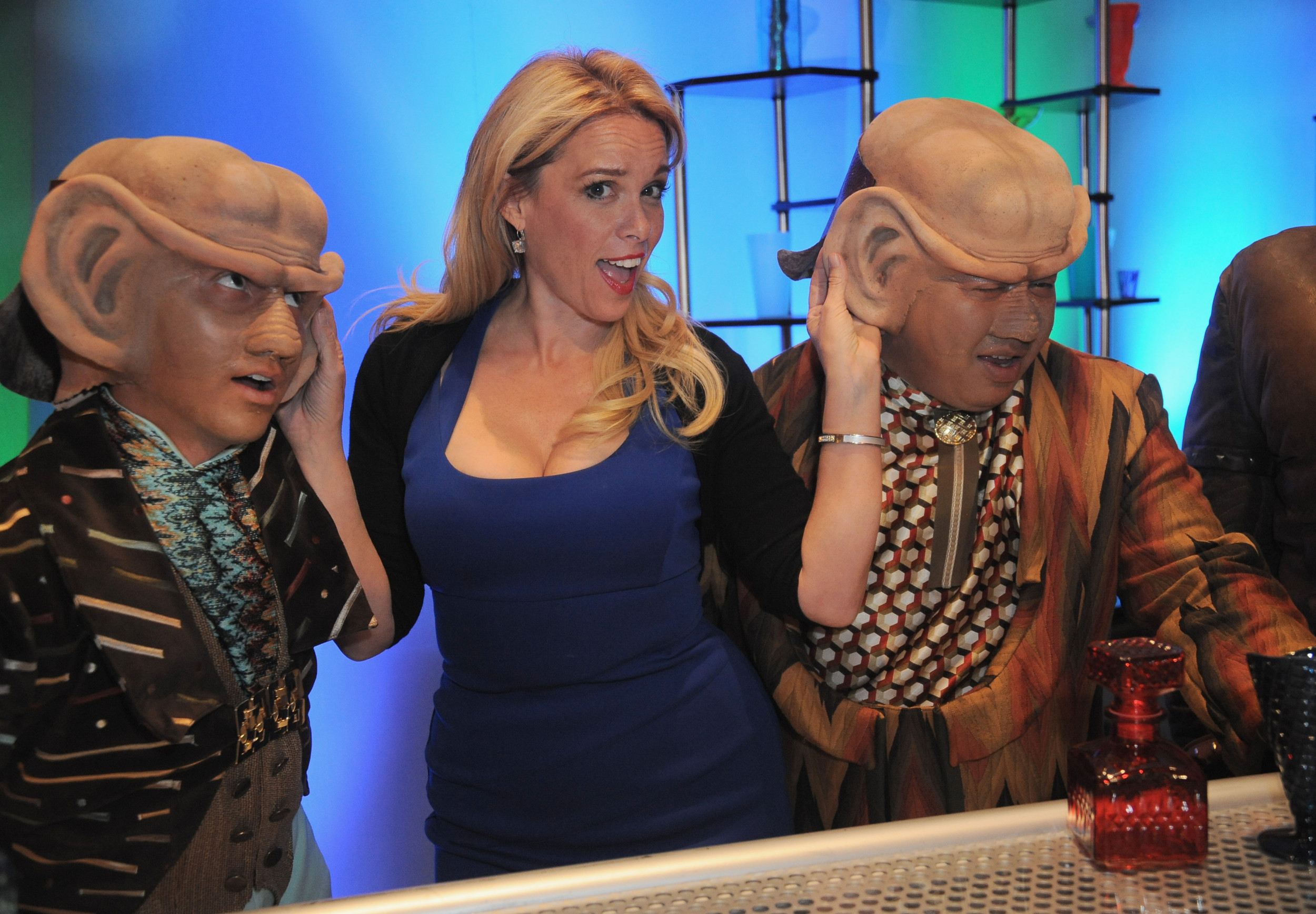 Former Blue Origin employee Alexandra Abrams warned that humanity was “becoming the Ferengi of our own story” as the company prepared to launch Star Trek actor William Shatner into space.

The actor, 90, is set to boldly become the oldest person in space after flying onboard Jeff Bezos‘ company’s New Shepard spacecraft on Wednesday. Abrams, the former head of Blue Origin’s employee communications, said that the escapade was evidence that humans were becoming like the Ferengi—a fictional alien species that first appeared on Star Trek: The Next Generation and are defined by large ears, bumpy heads, and insatiable greed.

“I sincerely hope the NS-18 crew has a nominal flight this week. I grew up on Star Trek, and I remember when Jeff Bezos toured Shatner around Blue in Kent, Washington in 2019,” Abrams said in a statement obtained by CNBC reporter Michael Sheetz. “To me, Shatner’s presence serves as a reminder of how unlike the aspirational Federation we are today, and will continue to be if nothing changes.”

“Star Trek is about exploring our shared humanity & evolution as a species,” she added. “I worry we’re becoming the Ferengi of our own story.”

Last month, Abrams penned an essay that she said was written in conjunction with 20 other former and current Blue Origin employees, accusing the company of fostering a “toxic” work environment. She wrote that the company “turns a blind eye to sexism, is not sufficiently attuned to safety concerns, and silences those who seek to correct wrongs.”

Blue Origin responded in a statement saying that “Abrams was dismissed for cause two years ago after repeated warnings for issues involving federal export control regulations.” The company also insisted that it “has no tolerance for discrimination or harassment of any kind” and stands by its “safety record and believe that New Shepard is the safest space vehicle ever designed or built.”

In addition to criticizing the Shatner flight, Abrams reiterated many of the same concerns about the company’s corporate culture and safety standards in her new statement, while blasting reactions to the allegations from Bezos and Blue Origin CEO Bob Smith.

“Jeff Bezos & Bob Smith’s reactions…to a range of serious issues brought up by the very same people who worked to make Jeff’s vision a reality, are deeply disappointing but also unsurprising,” said Abrams. “Even if, by some incredible chance, zero issues exist within Blue’s products today, a toxic culture bursting with schedule pressure & untrustworthy leaders, breeds and encourages failures and mistakes each and every day.”

Newsweek reached out to Blue Origin and Shatner for comment but did not receive a response before publication.