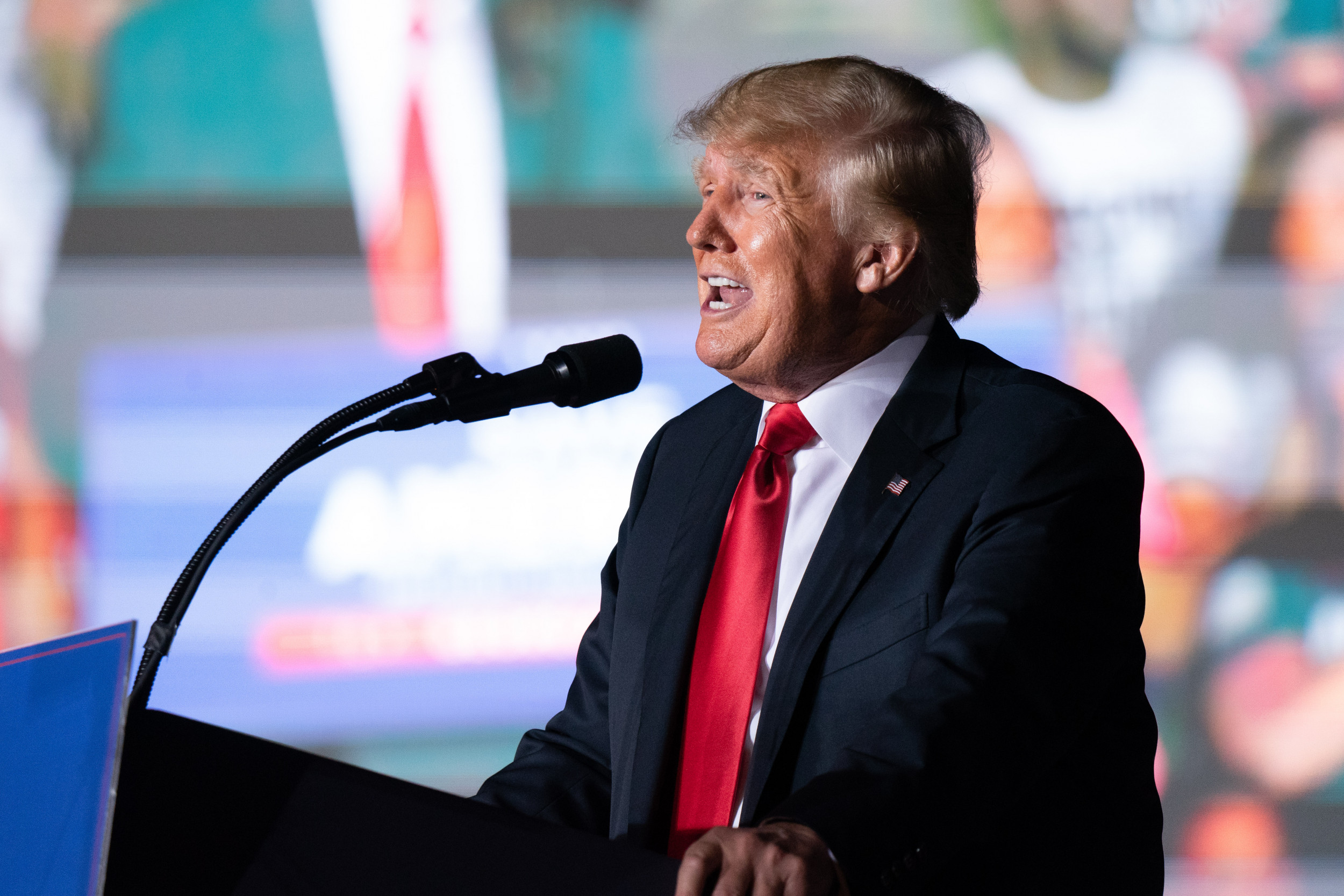 Former President Donald Trump has repeatedly criticized the U.S. withdrawal from Afghanistan and pointed towards the cost of equipment left behind in the hands of the Taliban.

In an interview with Fox News‘ Sean Hannity on October 7, Trump criticized President Joe Biden‘s handling of the American withdrawal from Afghanistan.

At one point, Trump said: “We left $85 billion worth of equipment in the hands of the Taliban.”

Trump has made this claim previously, and in a statement on August 30 said: “Never in history has a withdrawal from war been handled so badly or incompetently as the Biden Administration’s withdrawal from Afghanistan.

“In addition to the obvious, ALL EQUIPMENT should be demanded to be immediately returned to the United States, and that includes every penny of the $85 billion dollars in cost.”

The figure touted by Trump is near those which came from a July 30 report from by the Special Inspector General for Afghanistan Reconstruction (SIGAR).

This detailed that “as of June 30, 2021, the United States government had appropriated or otherwise made available approximately $144.98 billion in funds for reconstruction and related activities in Afghanistan since FY 2002.”

Breaking down these funds, it detailed “$88.61 billion for security (including $4.60 billion for counternarcotics initiatives).”

That figure, minus the counternarcotics initiatives funds, would be $84 billion for security.

It also detailed $82.9 billion appropriated for the Afghanistan Security Forces
Fund (ASFF) which provided funds to “train, equip, and provide related assistance to” the Afghan National Defense and Security Forces (ANDSF). Around $75 billion had been disbursed.

While those figures are around the $85 billion mark, the money was not spent on equipment alone. The SIGAR report says that between 2005 and the third quarter of 2021, $18.56 billion from the ASFF was spent on “equipment and transportation.”

A Government Accountability Office report from 2017 said around 29 percent of the funds allocated to the ASFF, since it was set up in 2005, were spent on equipment and transportation between 2005 and 2016.

Dan Grazier, a defense policy analyst at the Project on Government Oversight, previously told the Associated Press: “We did spend well over $80 billion in assistance to the Afghan security forces. But that’s not all equipment costs.”

Over time, some of the equipment bought might also have become obsolete, further reducing the value of what was left behind. Some unwanted gear has also been sold off as scrap.

While the amount may not be $85 billion, a U.S. defense official told the Associated Press in August that the Taliban’s “sudden accumulation of U.S.-supplied Afghan equipment is enormous.”

Newsweek has contacted SIGAR for comment on estimates of the amount of equipment left behind. The office of the former president has also been contacted for comment.

While the U.S. did spend upwards of $80 billion on security and security forces in Afghanistan, this was not all on equipment.

The figure also covered costs such as training and other assistance. The number for equipment may indeed run into billions of dollars, but not $85 billion as Trump has suggested.