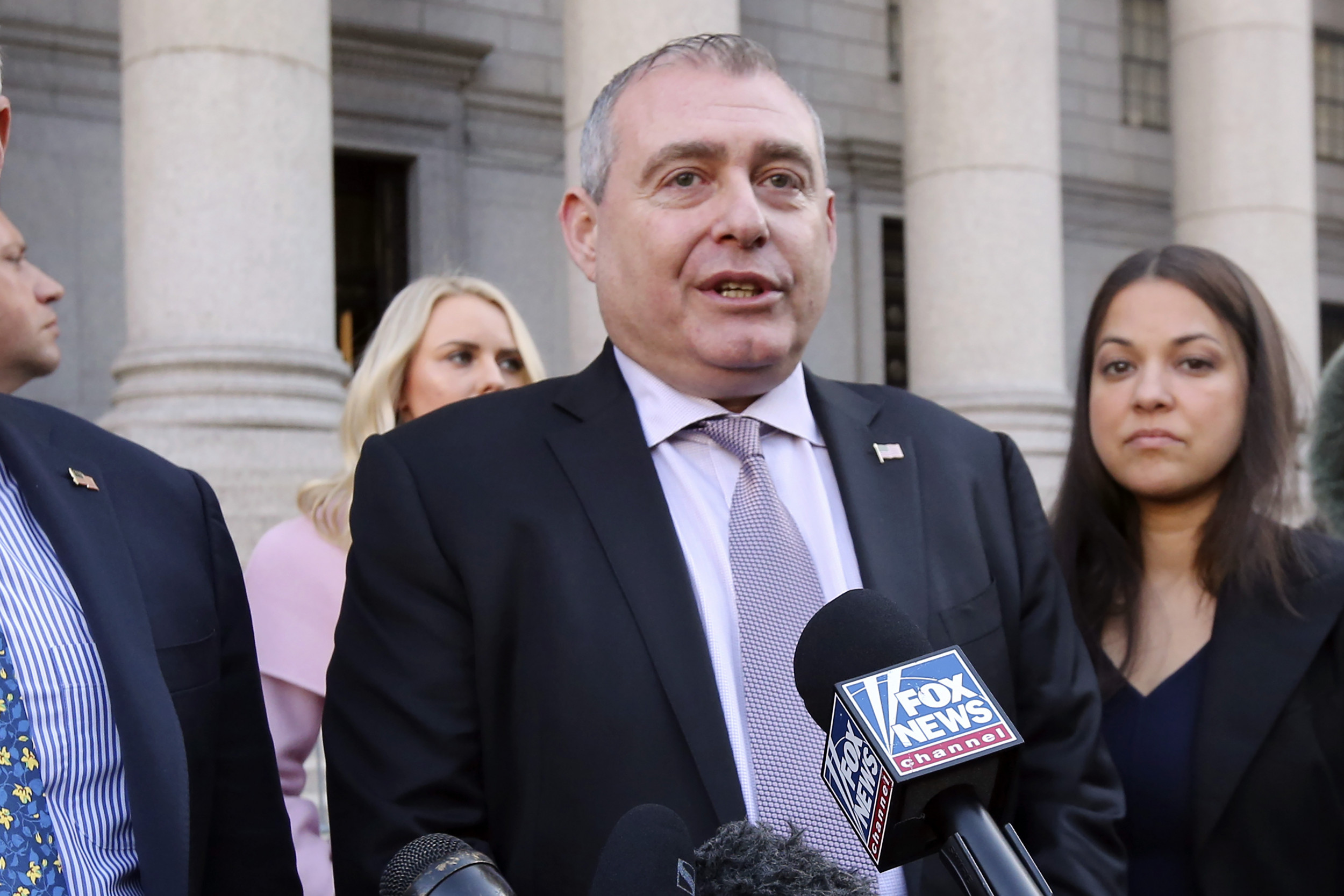 Despite Lev Parnas‘ efforts to promote himself as a whistleblower on former President Donald Trump‘s administration, prosecutors said anyone looking to his trial for new damaging information about Trump or Rudy Giuliani will be disappointed, the Associated Press reported.

Last week, prosecutors told U.S. District Judge Paul Oetken that jurors will likely hear about how Parnas and Igor Fruman, a Soviet-born Florida businessman, tried to boast of their influence as international fixers by sharing photos of themselves with Trump and Giuliani.

Parnas and Fruman assisted Giuliani in seeking damaging information about President Joe Biden in Ukraine during Biden’s campaign, pleaded guilty in another trial for illegal campaign contributions through a corporate entity to GOP political committees.

Parnas baited the media by telling them he had information that could expose corruption in the Trump administration over dealings with Ukraine.

Parnas and Fruman connected Giuliani with Ukrainian officials to get that country to open an investigation into the future president’s son, Hunter.

But prosecutors believe that the Republican ex-president and his former personal lawyer “will come up very peripherally” at trial.

Prosecutors have also quietly dropped one of the most intriguing allegations in the original indictment: That Parnas and Fruman donated money to American politicians as part of an effort by Ukrainian figures to oust the U.S. ambassador to Ukraine, Marie L. Yovanovitch, who later became a central figure in impeachment proceedings against Trump.

When the charges were announced in 2019, then-U.S. Attorney Geoffrey S. Berman highlighted the Yovanovitch allegations, saying the defendants “sought political influence not only to advance their own financial interests but to advance the political interests of at least one foreign official—a Ukrainian government official who sought the dismissal of the U.S. ambassador to Ukraine.”

Prosecutors later wrote to the judge that the allegation was dropped from a revised indictment in an effort to “streamline” the case, but offered no further explanation.

Giuliani has said he didn’t know about any illegal campaign contributions and is not charged in the case, although his work in Ukraine remains the subject of an ongoing criminal investigation.

Federal agents searched Giuliani’s New York City home and office last April, carting away computers and phones as part of an inquiry into whether some of the work he did required him to register as a foreign agent. Giuliani has said his only client was Trump.

With the Ukraine allegations gone, the trial is expected to focus on charges that Parnas exceeded limits on personal campaign contributions by disguising the origin of the money. U.S. Representative Pete Sessions of Texas, Florida Governor Ron DeSantis and political committees aimed at supporting Republicans running for Congress were among those that got donations.

Jury selection is scheduled to begin Tuesday in a trial in which Parnas, a Soviet-born Florida businessman, and a co-defendant, Ukraine-born investor Andrey Kukushkin, are accused of making illegal campaign contributions to U.S. politicians in order to further their business interests.

Part of the case alleges that Parnas and Kukushkin were straw donors for Andrey Muraviev, a wealthy Russian investor in the burgeoning legal marijuana market in the United States.

The indictment alleges that Muraviev put up $1 million for donations to be made to politicians in several states, including Nevada, where the group was hoping to enter the legal marijuana business.

Prosecutors haven’t alleged that the politicians who got the money were aware it came from prohibited sources. Muraviev also hasn’t been charged.

The defense hopes to portray Parnas as investor who was trying to develop legitimate marijuana and other business ventures, including an energy company, Global Energy Producers, that would be involved in exporting natural gas to Europe.

He and Fruman were in part seeking connections “that could best further their nascent energy business interests,” defense attorney Joseph Bondy wrote in a court filing. He said the $1 million from Muraviev went to Fruman—not to Parnas—and was a personal loan, made in the wake of a waning Nevada cannabis venture.

There was no immediate response to a request seeking comment on Monday from Kukushkin’s attorney. Parnas’ co-defendant is a San Francisco-based entrepreneur with long-standing ties to several legal marijuana businesses in California.

Another defendant in the case, David Correia, pleaded guilty to charges of making false statements to the Federal Election Commission and wire fraud conspiracy. The conspiracy count was related to an allegation that he defrauded investors in a an insurance company that had paid Giuliani a $500,000 consulting fee.

Unlike Fruman, who remained out of the spotlight and recently pleaded guilty to soliciting illegal campaign contributions, Parnas sought a starring role in Trump’s first impeachment by providing his personal records to congressional investigators.

With Parnas under indictment in 2020, Bondy began tweeting photos of his client with Giuliani and Republican lawmakers with the hashtag #LetLevSpeak. The attorney also provided congressional investigators with a recording of Parnas speaking with Trump about Yovanovitch.

In a portion of the tape, first obtained by ABC News, a voice that appears to be Parnas can be heard saying, “She’s basically walking around telling everybody: ‘Wait, he’s gonna get impeached. Just wait.'” A speaker who appears to be Trump then responds: “Get rid of her!…Take her out. OK? Do it.”

The U.S. Senate, then controlled by Republicans, acquitted Trump in 2020 of allegations that he abused his power by threatening to withhold military aid for Ukraine unless its leaders investigated the Bidens.