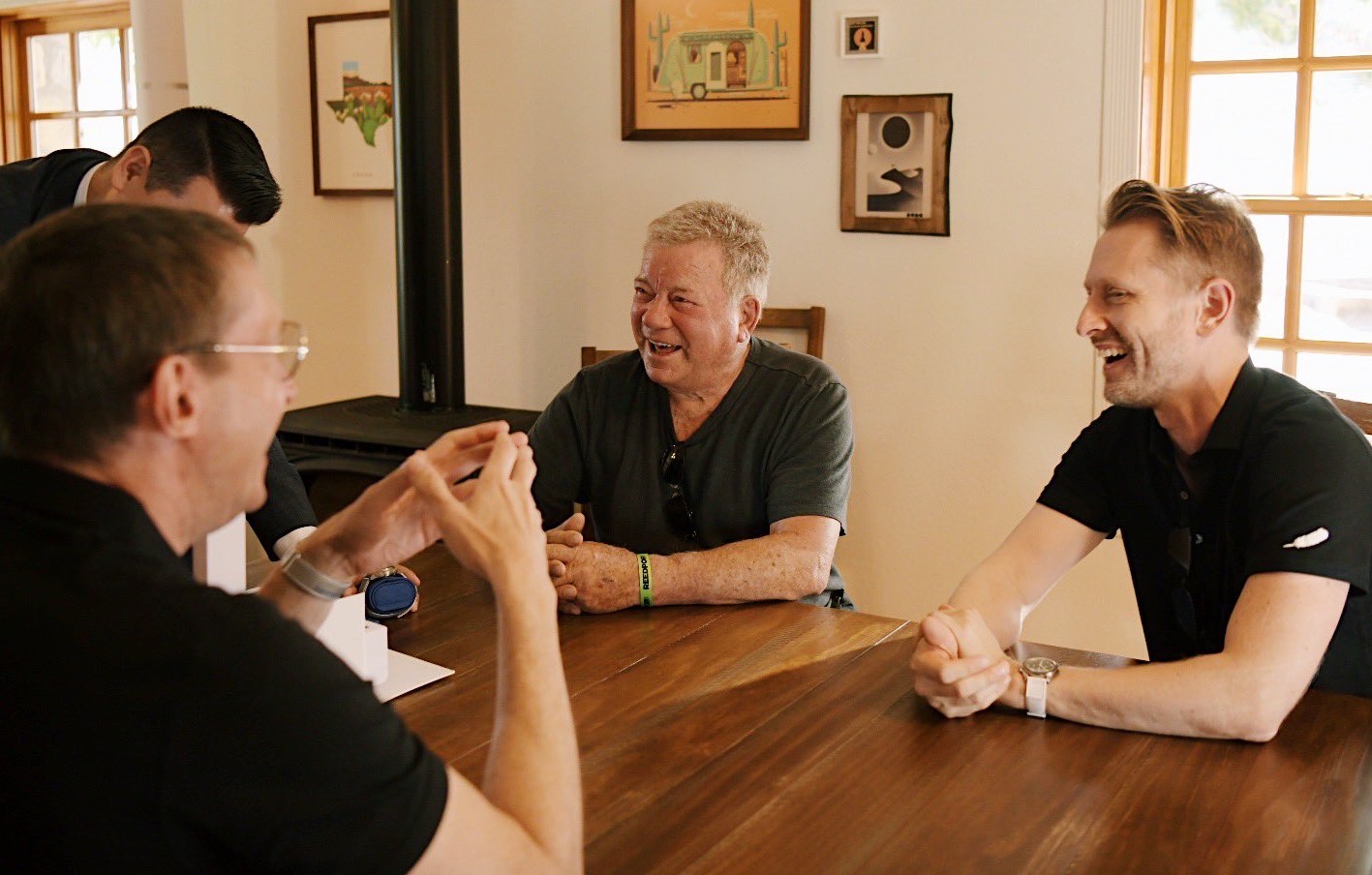 The Starship Enterprise never had to delay its mission to seek out new life and new civilizations due to bad weather, but that’s precisely what Star Trek captain William Shatner is facing in his real-life bid to become the world’s oldest spaceflier aboard Blue Origin’s suborbital rocket ship.

Blue Origin, the space venture created by Amazon founder Jeff Bezos, says the 90-year-old actor and his three shipmates are now due to fly on the company’s New Shepard craft on Wednesday rather than Tuesday, due to a forecast for unacceptable winds at the West Texas launch site on the originally scheduled date.

Boshuizen and de Vries are paying an undisclosed fare for their trips, while Powers and Shatner are flying as Blue Origin’s special guests.

According to today’s advisory, weather is the only concern for launch.

Blue Origin’s flight plan calls for the foursome to be launched beyond the 100-kilometer (62-mile) space boundary to experience a few minutes of weightlessness and look out at the curving Earth through the New Shepard crew capsule’s picture windows. They would then make a parachute-aided descent while the craft’s hydrogen-fueled rocket booster executes its own autonomous landing.

The itinerary follows the pattern set for July’s first-ever crewed New Shepard flight, taken on by Bezos and his brother Mark as well as Dutch student Oliver Daemen (at 18, the world’s youngest spaceflier) and aviation pioneer Wally Funk (at 82, the current recordholder for oldest human in space).

Shatner has already been making the rounds on the TV interview circuit. “I’m terrified,” he said on NBC. “I’m Captain Kirk and I’m terrified going to space.”

But on CNN, Shatner said he was looking forward to seeing “the majesty of space and the oasis of Earth.” He also jokingly referred to one of his best-known roles from his pre-Kirk career, as a freaked-out airplane passenger on “The Twilight Zone.”

“I want to press my nose up against the plastic window,” Shatner said. “What I don’t want to see is somebody else out there looking at me.”

Wednesday’s launch is set for 8:30 a.m. CT (6:30 a.m. PT), with streaming video coverage due to begin via Blue Origin’s website 90 minutes before liftoff.