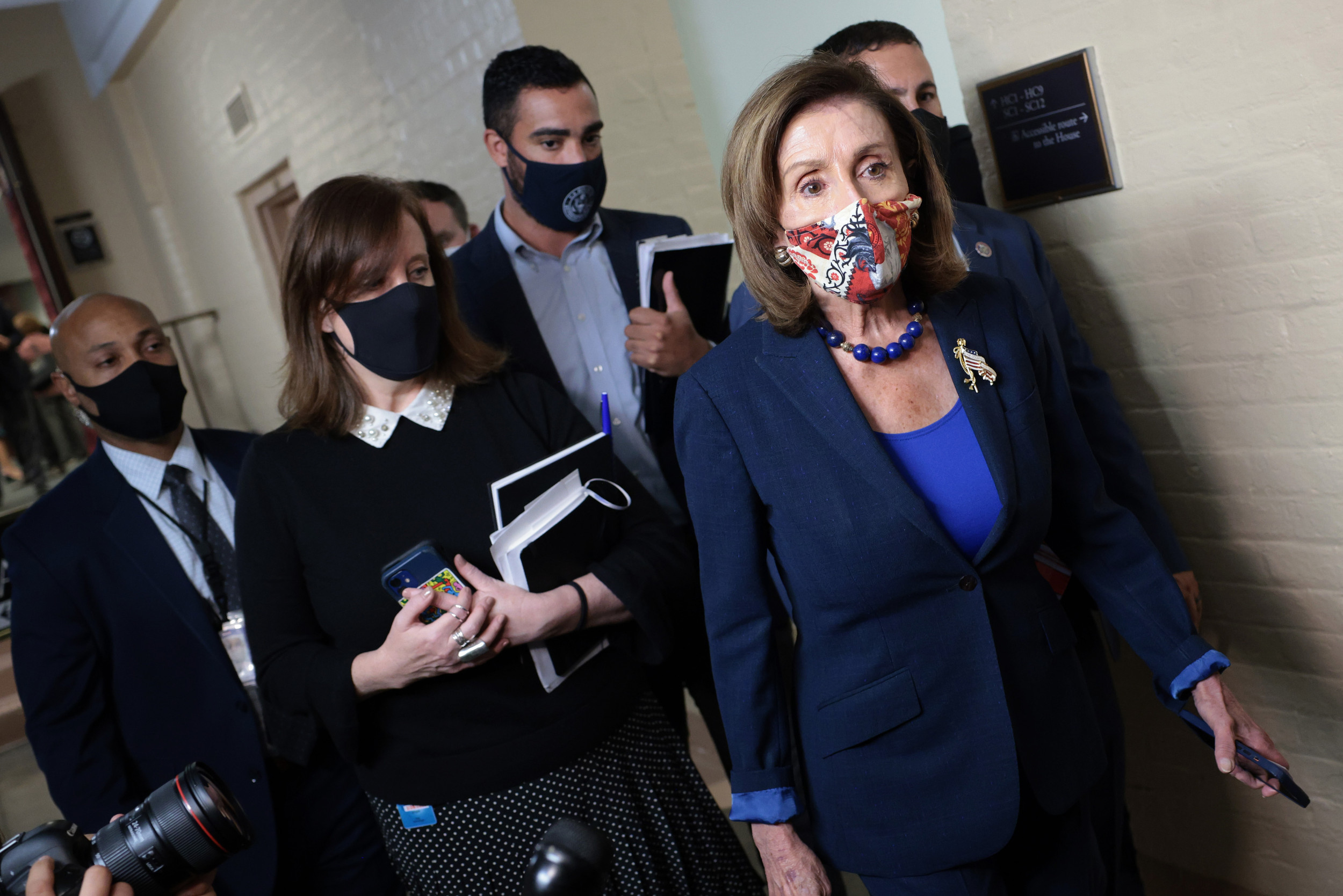 Speaker of the House Nancy Pelosi (D-Calif.) told House Democrats on Friday that the $1.2 trillion bipartisan infrastructure bill would pass in the chamber after moderates and progressives reach an agreement on President Joe Biden‘s massive spending package.

Pelosi made the remarks in a letter to members of the Democratic Caucus following a closed-door meeting with Biden, who told reporters that the party would “get this done” after leaving the meeting.

The $1.2 trillion bipartisan infrastructure bill was set to be voted on this week. It was held up under pressure from progressives, who demanded that the bill be tied to the spending package, also known as the Build Back Better Act. Democrats hope to pass the spending bill using the Senate budget reconciliation process.

“Today, President Biden honored us with his first in-person visit to our Caucus,” Pelosi wrote in the letter. “He received a hero’s welcome! His presentation on the values of the Biden vision was warmly and enthusiastically received. We look forward to a successful enactment of the Build Back Better Act and Bipartisan Infrastructure Bill.”

“While great progress has been made in the negotiations to develop a House, Senate and White House agreement on the Build Back Better Act, more time is needed to complete the task,” added Pelosi. “Clearly, the Bipartisan Infrastructure bill will pass once we have agreement on the reconciliation bill.”

This is a developing story and will be updated as more information becomes available.