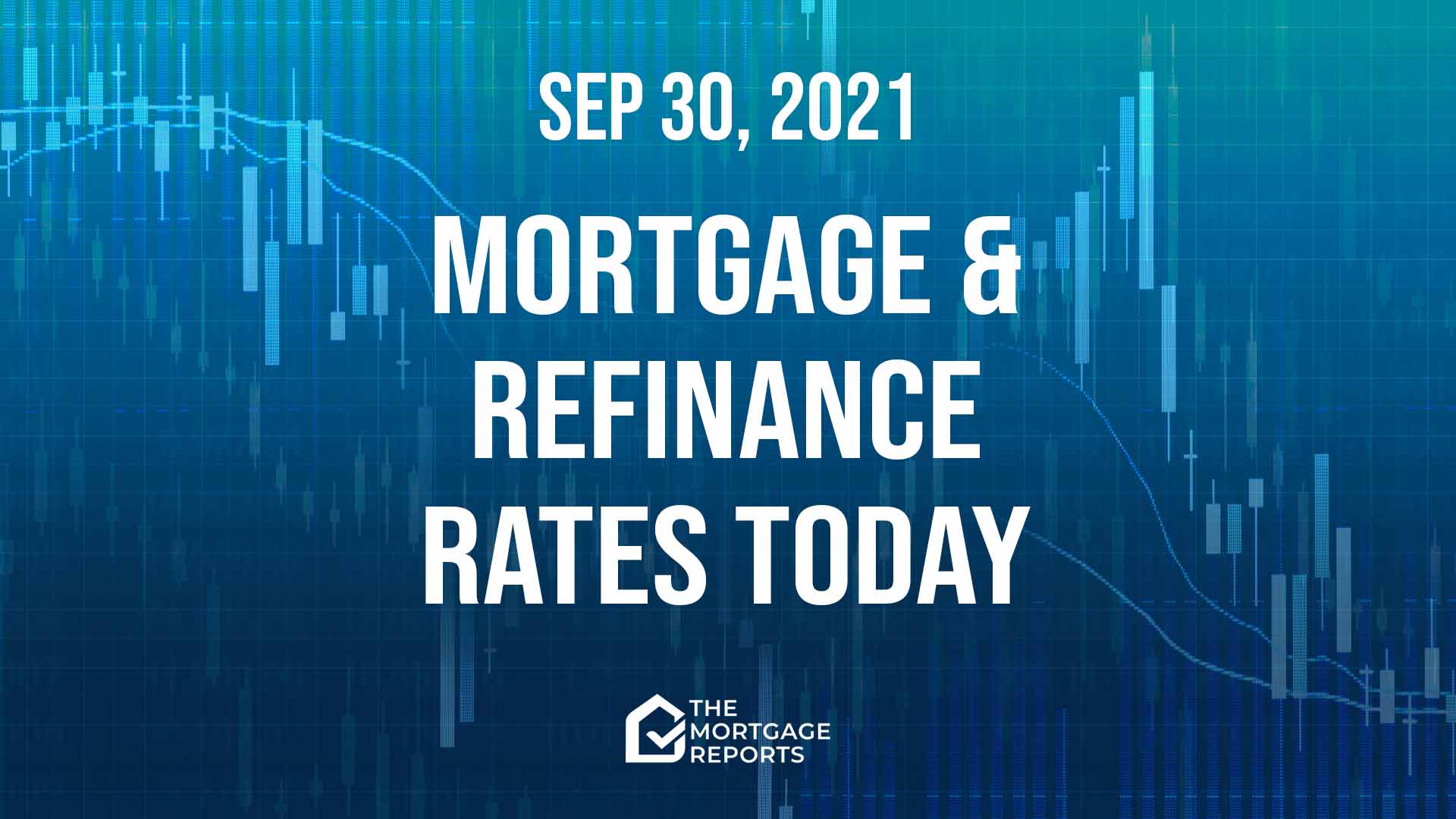 Average mortgage rates did fall yesterday. But only by the smallest measurable amount. Of course, these rates remain incredibly low by historical standards. But they’re appreciably higher than they were a couple of weeks ago.

Movements in mortgage rates today are unpredictable. That’s because they’re likely to be almost completely reliant on events later on Capitol Hill. And nobody has a clue how they will turn out. But, for what it’s worth, those rates were appreciably higher first thing.

It’s too soon to assume that yesterday’s tiny fall in mortgage rates is significant. I’ve been saying for a couple of weeks that occasional days and periods of falls are inevitable, regardless of the underlying trend.

So it’s more than possible that yesterday’s drop (and any subsequent ones) are simply bond markets taking a breather before continuing on upward for yields and mortgage rates. And I suspect that’s the case.

So use markets only as a rough guide. Because they have to be exceptionally strong or weak to rely on them. But, even with that caveat, mortgage rates today are highly unpredictable.

Today is a hugely important one for mortgage rates. Because events in Congress later will determine whether they rise or fall, perhaps significantly.

Yesterday evening, The Washington Post (paywall) referred to “the sheer magnitude of the legislative activity on Capitol Hill” today. And it summed up what’s at stake:

President [Joe] Biden and congressional Democrats raced in the final hours before key votes on Thursday to salvage a signature economic initiative and stave off a government shutdown, hoping to quell a rebellion among their own party while mollifying last-minute Republican concerns about a separate spending bill.

Clearly, nobody can be sure how this will play out. Indeed, whichever way key votes go, we can’t be certain how markets will react.

Success for the president would avert a government shutdown tomorrow and raise the debt ceiling, at least temporarily. And markets would welcome passage of his $1-trillion infrastructure plan.

All those would improve the economic outlook, something that would normally push mortgage rates higher. On the other hand, failures across the board would worsen that outlook and probably lower those rates.

But failure to raise the debt ceiling might also push those rates upward. Because, as the possibility of the US defaulting on its debts looms (Oct. 18 is the current date on which that would probably begin to happen), you’d normally expect higher borrowing costs across the board, including for mortgages. And, conversely, investors might reduce those rates out of sheer relief if that potentially catastrophic danger were to be avoided.

So, this really is a wait-and-see day.

But whatever happens to the debt ceiling, two other forces remain in place that are acting to push mortgage rates higher.

First, the Federal Reserve remains highly likely to begin to wind down (“taper,” in Fed-speak) its quantitative easing (easy money) program on Nov. 3. For the last 18 months, that’s been keeping mortgage rates artificially low. And, as it’s withdrawn, it’s almost inevitable that those rates will increase. Indeed, the rises we’ve seen over the last couple of weeks are mostly down to the Fed signaling that Nov. 3 date and investors moving in anticipation of it.

Secondly, infection rates for COVID-19 continue to fall unexpectedly. This is allaying fears among investors about the extent of the economic damage the pandemic might inflict. And that, too, is pushing mortgage rates higher.

Those two forces are why I’m expecting higher mortgage rates over the coming weeks. If the debt ceiling is raised today, that just might give us a respite. But I fear it will be a brief one.

As always, I must mention that sustained and significant falls in those rates are never impossible. But it would likely require some huge event to deliver them. And one of those looks highly improbable right now.

For more details of what’s going on, read last Saturday’s weekend edition of this daily report.

The most recent weekly record low occurred on Jan. 7, when it stood at 2.65% for 30-year fixed-rate mortgages. But then the trend reversed and rates rose moderately.

However, from April, those rises were mostly replaced by falls, though typically small ones. More recently, we had a couple of months when those rates barely moved. But, unfortunately, September brought some sharp rises.

Freddie’s Sept. 30 report puts that weekly average for 30-year, fixed-rate mortgages at 3.01% (with 0.7 fees and points), up from the previous week’s 2.88%. Personally, I’m surprised that increase was so modest because other sources suggest a sharper one.

The numbers in the table below are for 30-year, fixed-rate mortgages. Fannie’s were updated on Sept. 20 and the MBA’s on Sept. 22. But Freddie’s were last refreshed on July 15 because it now publishes these figures only quarterly. And its forecast is looking seriously stale.

All these forecasts expect higher mortgage rates soon or soon-ish. But the differences between the forecasters are stark. And it may be that Fannie isn’t building in the Federal Reserve’s tapering of its support for mortgage rates while Freddie and the MBA are. Or perhaps Fannie believes tapering will have little impact.