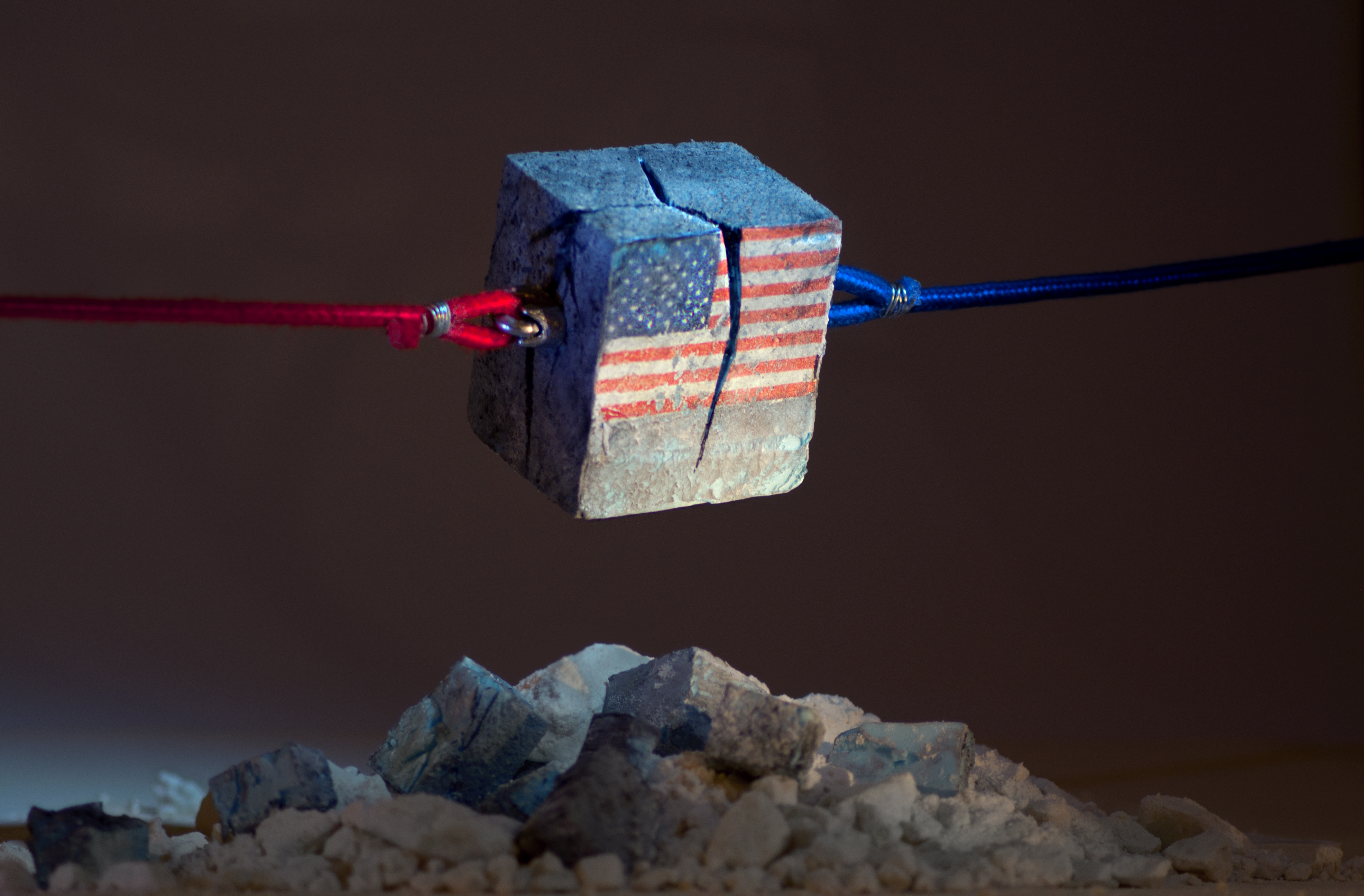 A majority of Trump voters want to split the country into red and blue halves, according to a new poll conducted by the University of Virginia’s (UVA) nonpartisan Center for Politics.

Roughly 52 percent of people who voted for Republican former President Donald Trump either “somewhat agree” or “strongly agree” that it’s time to split the country, favoring that either red or blue states secede from the union, the poll found.

Comparatively, 41 percent of people who voted for Democratic President Joe Biden agree with the idea.

Splitting the country would likely cause massive conflict.

When 11 southern states seceded from the union in 1860, it marked the start of the U.S. Civil War. The resulting four-year, 27-day battle ended with more than 498,000 soldier deaths, making it the country’s deadliest conflict of all time, according to the U.S. Department of Veteran Affairs.

Red and blue states refer to states that predominantly vote for a Republican (red) or Democratic (blue) presidential candidate, respectively.

Election maps show states as entirely red or blue to help viewers understand how many state electoral votes a presidential candidate has. For example, the 2020 presidential election divided the U.S. into 13 blue states, 24 red states and two states, Maine and Nebraska, split between red and blue districts.

However, some political thinkers reject the concept of red and blue states entirely. That’s because all U.S. states actually contain Republican, Democratic and other types of voters and non-voters as well.

“Traditional U.S. electoral maps not only illustrate polarization, they can exacerbate it. No state is strictly red or blue, they are all shades of purple,” according to the website, Purple States of America.

That website and others like it think that the red and blue state maps focus too much on political disagreements, reinforcing partisan gridlock and social instability. Instead, purple states offer a visual example of our overlapping commonalities, supporters say.

The rest of the UVA’s poll also focuses on commonalities between Trump and Biden voters.

In the poll, similar majorities of both Biden and Trump voters expressed some distrust for voters, elected officials and media sources that they associate with the other side. Both groups of voters also view the U.S. governmental system as one that’s rigged to favor the wealthy and powerful, undermining each group’s faith in the nation’s representative democracy.

The UVA’s Center for Politics hopes that further research, through its Project Home Fire initiative, can identify policy and issue areas that both Biden and Trump voters care about.

In doing so, the project seeks to discover specific pathways for voters on both sides to “open their minds to mutually beneficial compromise that accrues to the bigger goal of preserving, protecting, and expanding America’s universally representative democracy,” the project’s press release said.