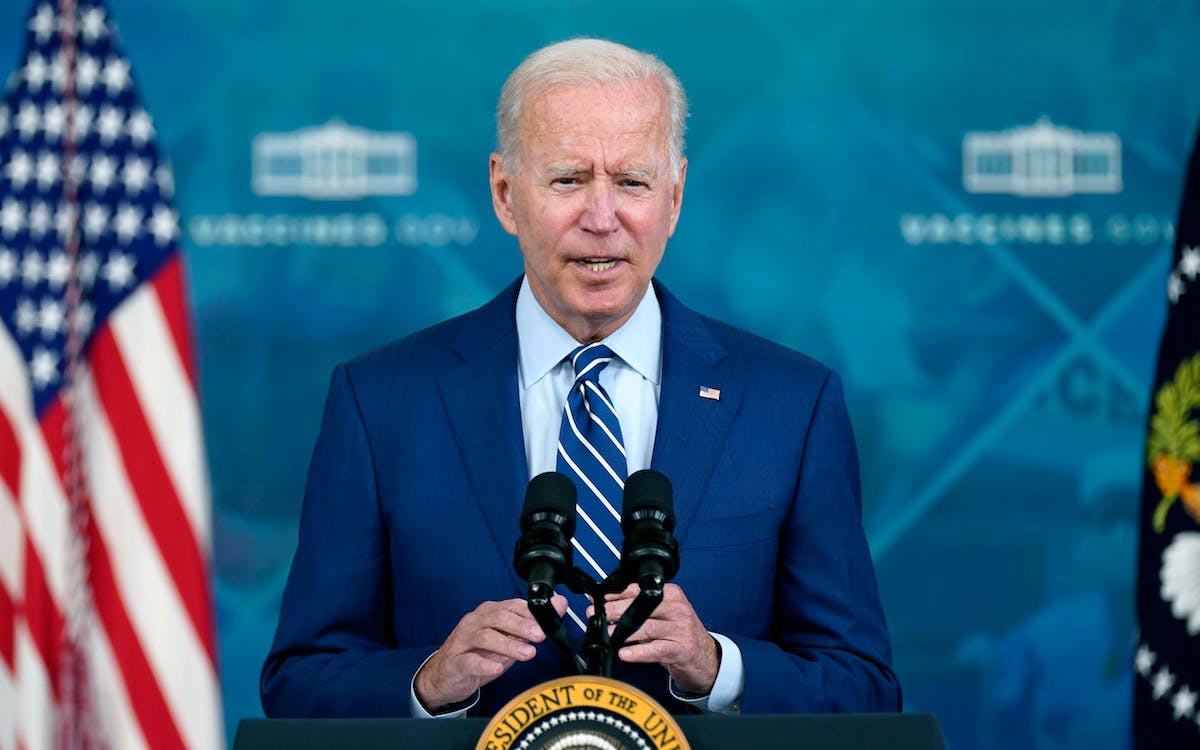 Marvin Adams, his peers believe, is peerless in his field. The 62-year-old nuclear engineer and Texas A&M professor is the lone academic on the Stockpile Assessment Team of U.S. Strategic Command, which briefs Congress on the nation’s nuclear capabilities. He has designed complex computational algorithms that can assess whether the weapons in the nation’s stockpile will work during—heaven forbid—an actual war. So it’s saying something when Adams says there’s a problem he doesn’t think he can solve: America’s declining faith in science.

“I don’t know how we get out of it,” Adams told Texas Monthly last week, shortly after he and two other Texans were named by President Joe Biden to serve among thirty members of the President’s Council of Advisors on Science and Technology. “I don’t think we get out of this problem quickly.”

Part of the problem, of course, is politics. This summer, only 64 percent of Americans polled told Gallup they had a “great deal” of confidence in science. That was a six-point drop from the last time Gallup asked that question—back in 1975. And that dip mostly came from one side of the country’s partisan lines. While 79 percent of Democrats had strong faith in science, just 45 percent of Republicans shared the sentiment, down 27 points from 1975.

Biden’s GOP predecessor, Donald Trump, was often dismissive of top scientific minds, and he lagged behind other presidents when it came to naming his own science and technology advisory panel, a group first created by President Eisenhower after Russia’s launch of the Sputnik satellite in 1957. PCAST has been a key sounding board and study group for nearly all presidents ever since. (Richard Nixon is another Republican exception; he actually abolished a version of the council.) Trump didn’t name his science and tech advisers until October 2019—thirty-three months into his presidency. Writing for the FixGov blog of the nonpartisan Brookings Institution, academics Marc Hetherington and Johnathan Ladd concluded last year that Trump “has gutted scientific expertise and administrative capacity in the executive branch.” Trump also, infamously, suggested that injecting disinfectants into the body might be one way of treating or preventing coronavirus infections.

But even those who don’t side with Trump have balked at some of the government’s top scientific minds as the pandemic has gone on, frustrated at the changing guidance on lockdowns, masks, and disease transmission from experts at the CDC and the National Institutes of Health. Adams sees that shifting advice as less a failure, though, than the way science works. “It’s just that it’s a complicated problem, and we didn’t have much data,” he said. “People were having to make their best guesses based on really skimpy data. But over time, the truth comes out.”

That’s exactly what Biden has promised when he pledged to “follow the science” on the campaign trail and continued the mantra into his presidency. Even so, Biden has garnered criticism lately for getting ahead of the science, especially with his push to get booster vaccine shots to all Americans—something the Centers for Disease Control has not endorsed.

That’s not a concern for Adams or for William Press, a 73-year-old astrophysicist and computational biology expert at the University of Texas at Austin who was also appointed to PCAST by Biden. (Lisa Su, the Austin-based CEO of AMD, a Santa Clara, California, maker of computer processors and software, is also on the council but was not available for comment.) Both Adams and Press express confidence that the president means what he says when he says he trusts in scientists. “Every administration is different, and it’s up to the president how he wants to use his science advisor and his PCAST,” Press said. “I think it’s too early to know the answer with President Biden on PCAST. But we clearly see science as important in his decision-making.”

Courtesy of University of Texas

Press has worked with Biden before. A former deputy director of Los Alamos National Laboratory, Press was the vice chair of Barack Obama’s council of science and tech advisors from 2009 to 2016. That panel met with Obama and Biden more than two dozen times and completed 36 reports on topics ranging from drinking water safety to using technology to foster social connections among older Americans. (Trump’s council met four times, and he is not recorded as having attended any of its meetings.) Press recalls that Obama usually left the meetings exactly 45 minutes after they began, but Biden would stay behind. “He’d say, ‘Do you have some extra time? I have some questions I’d like to ask you,’” Press said.

Biden has touted his science and tech advisory panel as the most diverse in history and has given it specific tasks, including coming up with ways to prevent future pandemics, exploring solutions to climate change that directly lead to economic growth, using technology and science to best China, and sharing benefits produced by technology and science more equitably.

Those complex challenges, though, might seem easy compared with the panel’s unofficial task of rebuilding some of the confidence in science and scientists that both the pandemic and politics have eroded—a task Press believes has serious economic implications. “I think we’ll see an outflow of the economic benefits of technology from the United States to elsewhere in the world and specifically to China,” he said. “There’s no guarantee that we will stay preeminent in the world.”

Press has made groundbreaking discoveries about black holes, galaxies, and supernovas, and authored books that form the building blocks of knowledge for students learning how to use numbers to solve problems. “I’m very concerned with this general drift in the U.S. and the world away from fact-based decision-making,” he said.

Texas has had its own topsy-turvy relationship with science of late. Governor Greg Abbott has welcomed and celebrated high-tech companies, from Elon Musk’s SpaceX in Boca Chica to Oracle in Austin, but he’s also spurned some scientific advice during the pandemic. Abbott reopened the state and dropped the mask mandate in March without consulting all of his chosen medical advisers, some of whom opposed the decision. Biden described Abbott’s decision as “Neanderthal thinking.”

Adams wouldn’t discuss the state’s stance on science, and Press declined to get into specifics about the governor’s handling of the pandemic. (Understandable, considering they are employees of state-funded universities.) But Press did say that he’s been dismayed at how politics, particularly the recent six-week abortion ban and election bill, seem to negatively affect Texas’s opportunities for improving its technology and higher education sectors. When he moved to Texas in 2007 it was in part because he believed the state held its universities, burgeoning tech industry, and business in a high-enough regard that it wouldn’t let politics get in the way. Now he’s not so sure. “Texas politics has always been tough,” he said. “But this is politics potentially killing the golden goose.”