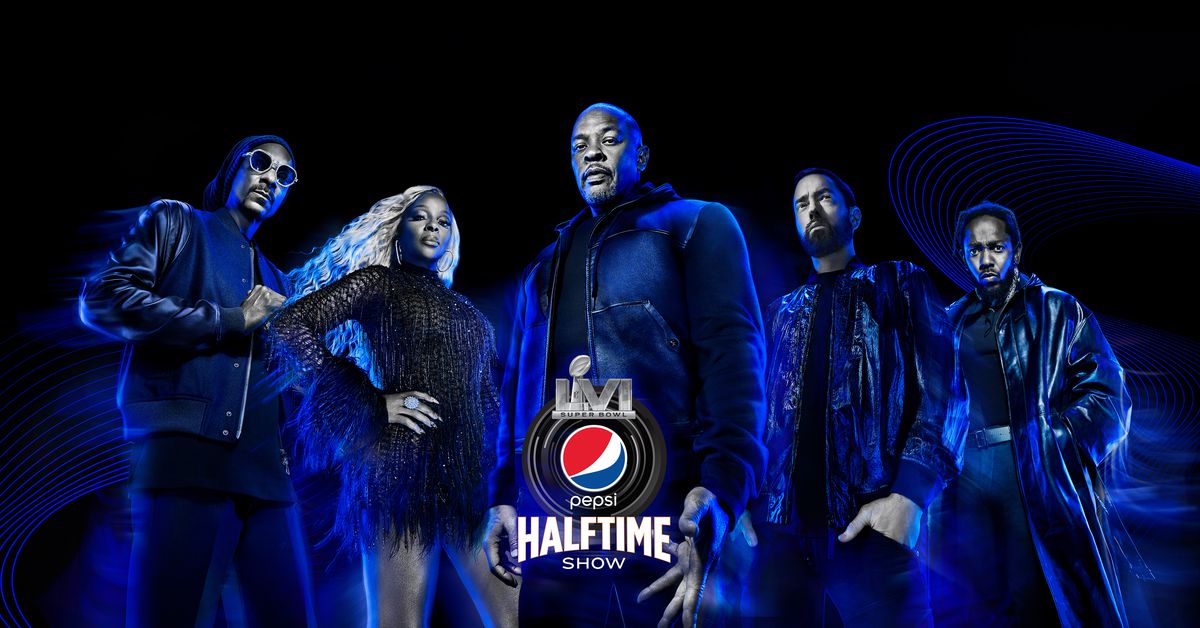 The Super Bowl Halftime Show has been in dire need of a revamp, often playing it safe and rather boring. The Weeknd took steps a year ago to make the show more interesting, but on Thursday Pepsi announced the performers for Super Bowl LIVI, and it’s pushing the envelope further than ever before.

Dr. Dre, Snoop Dogg, Eminem, Mary J. Blige and Kendrick Lamar will perform on the show together, in a huge celebration of some of the biggest influences on rap and hip hop over the last 30+ years.

With the Super Bowl returning to Los Angeles it’s the perfect time to pay tribute to the music, and culture of Los Angeles. Pepsi VP of Marketing Todd Kaplan said, in a press release provided to SB Nation:

“Artists like Dr. Dre and Snoop Dogg were at the forefront of the West Coast hip hop revolution, so to be able to bring them back to LA, where it all began alongside Eminem, Mary J. Blige and Kendrick Lamar will prove to be an epic, unforgettable celebration of the impact hip hop has today.”

This has the potential to be one of the best, and most memorable half time shows in recent memory, and it’s going to be incredible having Dre, Snoop and Co. with L.A. in the backdrop. It’s not dissimilar to what Pepsi did with Jennifer Lopez and Shakira celebrating latin music in Miami, and this is the best possible trend we could see for the show moving forward.

Honestly, I’m just stunned the NFL is allowing this and so hyped that it’s going to take place.