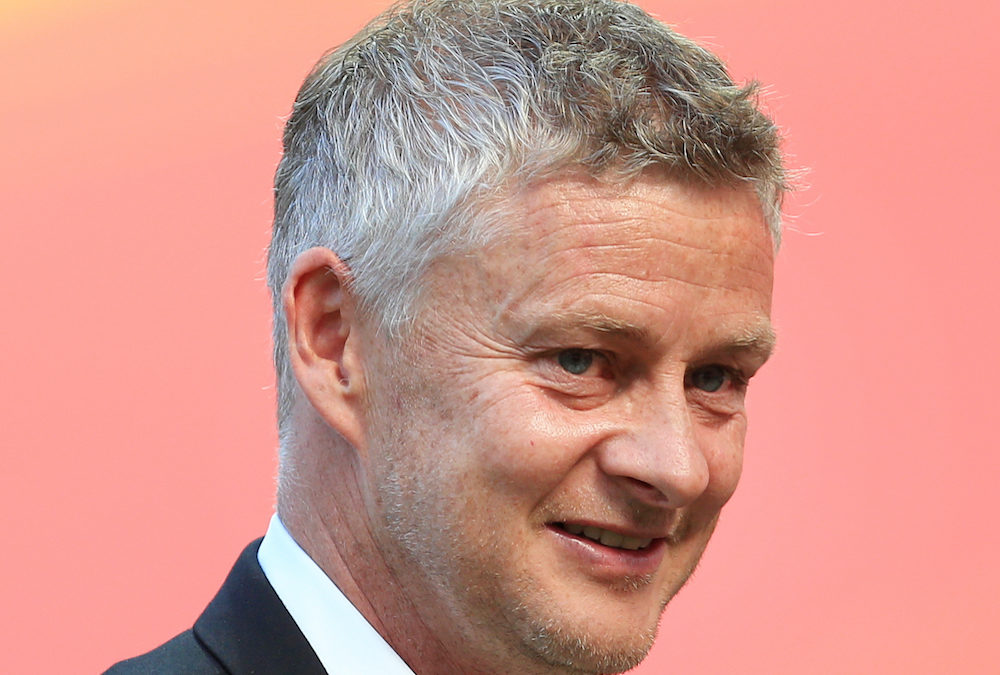 Barcelona – always eager to compete with bitter rivals Real Madrid – found a way to steal the award for worst performance of the round as the Champions League’s second set of matches delivered more shocks and broken records.

Some of the big names of European football were on display last night as Chelsea, Barcelona, Bayern Munich, Manchester United and Juventus all looked to establish a strong position in the groups. It didn’t always go the way they wanted though and there’s plenty to talk about.

Ronald Koeman couldn’t be blamed for waking up this morning and thinking he’d just had a terrible nightmare. Unfortunately it wasn’t a bad dream – his Barcelona side really did just concede three more goals in the Champions League and lose their second match in a row.

Not only did they lose 0-3 to Benfica but they were embarrassed. Benfica – a good but not great side – tore them to pieces and, even with limited possession, were able to open up the Barcelona defence at will.

Koeman’s tactical decisions were as confusing as the result was disappointing. He substituted Gerard Pique after just 33 minutes and then played Frenkie de Jong – arguably his most creative talent on the pitch – in central defence.

This was just one of the reasons why Barcelona looked so impotent in attack creating only one single shot on target in the entire game.

To be fair to Benfica, they were very good and they punished Barcelona for playing with such a lack of energy and accuracy. They let the Spanish side come at them, confident in their defensive structures, before then hitting them hard on the counter.

The state of affairs could not be more dire at Barcelona. This is the first time they have lost back-to-back group games in the Champions League for over two decades and are now at the bottom of Group E with a real battle ahead of them to progress to the knockout stage.

Koeman keeps trying to ask fans (and probably club leadership as well) not to compare his side with the dominant Barcelona sides of the past and, while it might be a fair request, it’s unlikely to be honoured.

His side now need to travel to play champions Atlético Madrid this coming weekend and are facing the harsh reality that their financial mismanagement has led La Liga to reduce their spending limit this season to $156m – the seventh-highest in La Liga and quite a bit lower than rivals Real, who have had their limit set to an eye-watering $1 billion.

Former Barcelona hero Gary Lineker shared his views on the core of the club’s on-field issues when he tweeted “Barcelona without Messi is, if you’ve watched them over the last couple of years, exactly like you’d imagine Barcelona to be without Messi.”

The issues go beyond one man, but it is looking highly unlikely Koeman will be given the chance to prove he’s got the solution.

Chelsea struggle to find the back of the net as Lukaku gets frustrated
Losing away to Juventus by 1-0 isn’t the end of the world, but Chelsea’s performance last night has got their manager confused. When asked why his side hadn’t played well against Juve, Thomas Tuchel replied quite simply, “I don’t know why”.

This is the Blues’ second loss in a matter of a few days, having gone down to Man City at the weekend, but what is perhaps more disturbing is that over 180 minutes, Chelsea have only managed one shot on target. Not exactly what you expect from a side with their talent and experience.

Juventus were there for the taking too – they only created one shot on target and have been struggling for most of this season as they try and find a way to be creative in a post-Cristiano Ronaldo era.

But, despite creating 16 shots, Chelsea could only hit the target once. Romelu Lukaku had a couple of good opportunities but, to be fair to the Belgian striker, he didn’t get much good service and struggled against a very effective defensively-minded Italian side.

There are growing questions about whether Tuchel has figured out yet how to get the best from Lukaku. Chelsea under Tuchel play a very considered style of build up and that doesn’t align with the striker’s strengths and preference of having a quick pass into his feet and some space to turn his marker.

At times during last night’s game, Lukaku was visibly frustrated at the lack of delivery he was calling for and Chelsea need to find a way to adapt their default style if they want to get the best from the Belgian.

Bayern look worryingly good
Eight goals in two games, two wins and zero goals conceded. Not a bad start at all for Bayern Munich and one their rivals will be taking a note of quite closely.

With all due respect, Dynamo Kyiv aren’t exactly a top tier team, but the total dominance Bayern displayed was impressive. They had over 64 per cent of the ball and turned that into 22 shots on goal, eight of them on target, which led to five goals.

Of course Robert Lewandowski was on the score sheet, twice in fact, and in doing so he brought up his 119th goal in just 100 matches for Bayern and 41 in all competitions in 2021 (six more than any other player from Europe’s top five leagues).

But despite Lewandowski getting another two goals to add to his tally, it was his teammates and the way they combined together that really impressed.

Manuel Neuer put in another good night in goal and, when Kyiv threatened his net in the final phase of the match, he put in a number of good saves to keep a clean sheet.

In midfield, Alphonso Davies and Leroy Sane are developing a great partnership with Sane in particular putting in a good all round performance as he scored one and created another.

Perhaps the only weak spot in the German side’s game was when they let things get a bit messy in the final ten minutes or so. They gave away possession far too easily and while they had an unassailable lead, they will be disappointed in how they allowed Kyiv to come at them and threaten their goal.

Genius saves Solskjaer’s blushes
Let’s be very clear – Manchester United should have lost this game and we should be talking about how they’ve lost both opening group matches as well as their last two domestic games. Instead the history books will say Cristiano Ronaldo scored an injury-time winner and the Red Devils got their Champions League campaign back on track with three points.

Villarreal won’t just be disappointed they missed out on a point from a 1-1 draw – they will know they should have had all three points. They created better opportunities and it was poor finishing that let them down and Man United off.

That wasn’t how it was meant to go though – Ole Gunnar Solskjaer had an array of attacking talent to cause the Spanish side trouble all night long. He started Ronaldo, Bruno Fernandes, Mason Greenwood, Jadon Sancho and Paul Pogba and would have been filled with confidence with the positive start.

But Villarreal found their way into the game and started causing real problems for David de Gea. Luckily, for the home side, De Gea put in a good performance and saved his side several times from conceding.

In the end it was two moments of individual brilliance and perseverance that saved Solskjaer from another awkward post match interview. First, Alex Telles struck a stunning volley from 20 yards out that snuck in at the far post. Then, five minutes into injury time, Ronaldo was able to squeeze home the winner.

No one has scored more 90th-minute winning goals in the Champions League than Ronaldo and Solskjaer must be wondering how long his new signing can be expected to keep bailing his talented side out of trouble.

The win helps, but United are still under pressure and Solskjaer needs to find a way to get his players to work together better, especially in the final third where they looked disjointed against Villarreal.

Typical Cristiano Ronaldo ???? A match-winning goal in the last minute of stoppage time.

Sevilla, Barcelona, Villarreal, Real Madrid and Atlético Madrid have played ten games so far this year in the Champions League and have scored just nine goals, lost four times and only won twice. Barcelona and Real have grabbed the headlines with their poor performances, but the rest of the La Liga contingent have also been pretty average.

There has been talk about the changing of eras at the big two as both Real and Barca try to adapt to new realities but the Spanish league in general seems to be struggling to compete at the top level.

There’s a long way to go, of course, but we could be looking at a season where only one or two of five potential Spanish sides qualify for the knockout stages and, of those, you’d bet none of them will go very far.