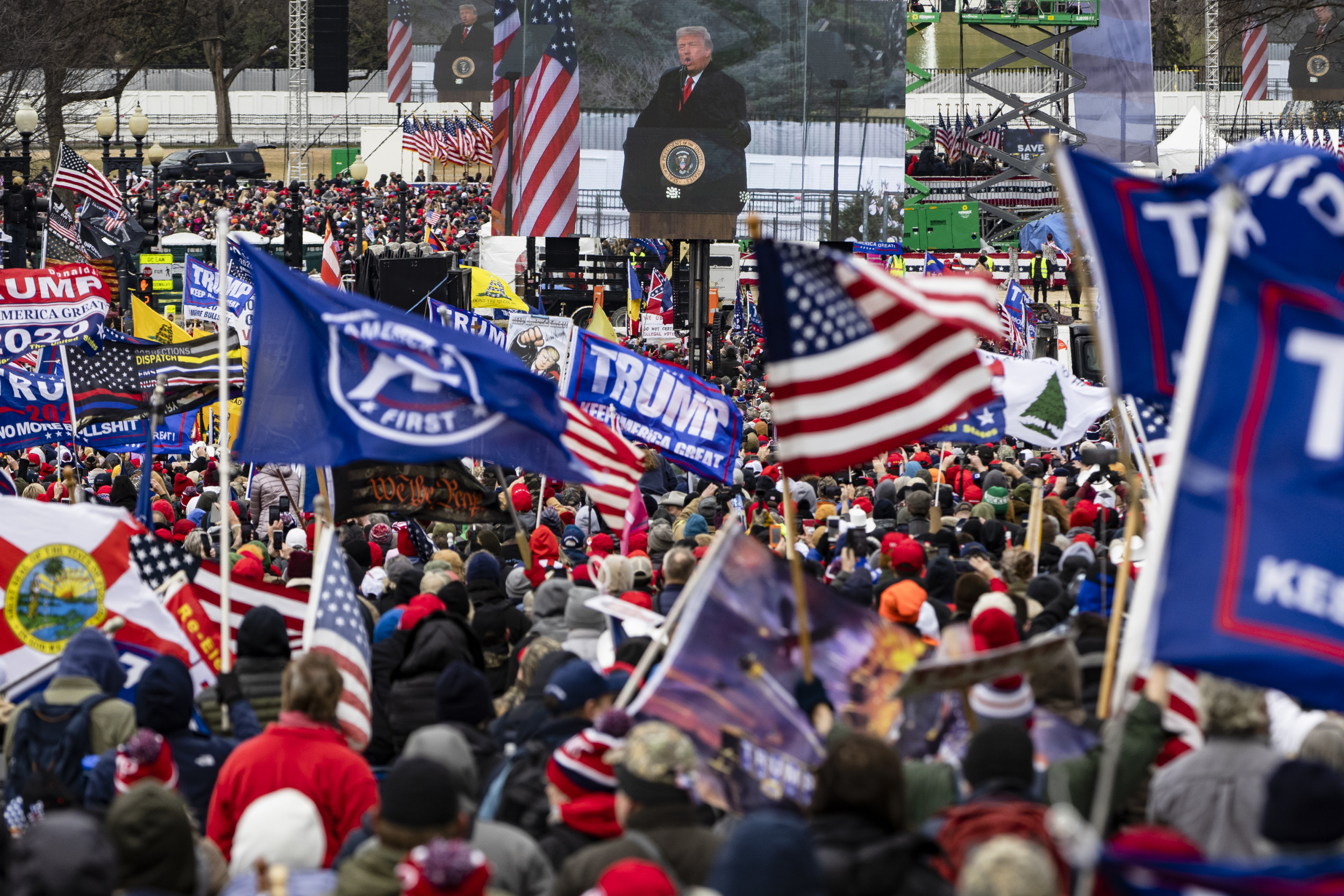 A man charged in connection with the January 6 Capital riot said to FBI agents he had planned his trip to Washington D.C. immediately after Donald Trump told people to attend protests and that he then headed toward the building straight after the former president had finished his speech.

Richard Watrous, 59, of Cortland, New York, has been charged with entering and remaining in a restricted building or grounds, disorderly and disruptive conduct and parading, demonstrating or picketing in a Capitol building.

His arrest was announced on Tuesday by Janeen DiGuiseppi, head of the FBI’s Albany office.

According to a criminal complaint, Watrous was identified as being at the Capitol on January 6 after his location was tracked via his cell phone.

Law enforcement questioned Watrous at his home on around June 11. During the interview, he stated he planned to go to D.C. on January 6 “as soon as” Trump told people to do so.

He said he drove D.C. from his home in New York on January 5. Watrous told agents that he believed January 6 would be “significant” because of the debate on Capitol Hill to certify the presidential election to confirm Joe Biden‘s victory.

“Watrous stated that even though he was attending, he did not feel he was going to have any big impact on what was happening in Congress,” the complaint said.

Watrous, who wore a red “Trump” hat on January 6, said he attended the rally at the Ellipse to see Trump talk to his supporters and then went to the Capitol “as soon as” the speech ended.

Trump became the first president in history to be impeached twice after he was accused of inciting his supporters to attack the Capitol following weeks of claims that the 2020 election had been rigged against him. He was acquitted by the Senate in both impeachment trials.

Watrous distanced himself from the violence that occurred at the Capitol that day, telling agents he thought what was occurring was “f**** up” and “crazy.”

He added that once inside the Capitol, he heard a man yelling: “They just killed a girl,” an apparent reference to the shooting of Ashli Babbitt.

“The whole vibe was uncomfortable to me because I could see something else going on. I was p****d they were allowing it to happen,” Watrous said, according to the affidavit.

Watrous told agents that he “wasn’t sure I was supposed to be there” and that he stopped walking down the hallways because of the disorder that was taking place.

He claimed that he left the Capitol about five minutes after entering the building. The defendant said once outside, he met a man who said he was going to Nancy Pelosi‘s office. The man returned a short while later looking like he had been tear-gassed and holding a bottle of wine.

Watrous said shortly afterwards he met a woman who had a YouTube channel. He told her he had gone inside and that there “wasn’t much to see.”

The woman said she wanted to go inside the Capitol, and Watrous said he then re-entered the building with her through more centrally located doors and they briefly entered the Rotunda before he left for a second time.