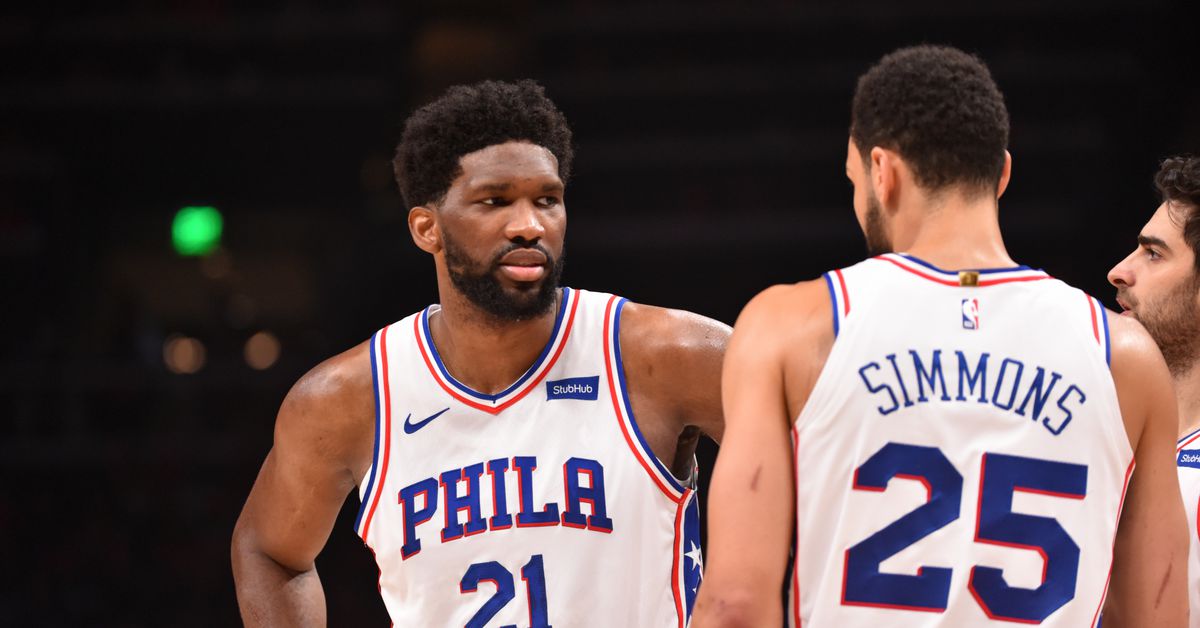 Ben Simmons is officially a holdout at Philadelphia 76ers training camp. With team activities now underway, Simmons has made good on his threat to stay away from the Sixers after asking for a trade over the offseason. He’s reportedly willing to pay fines for not reporting to training camp if it helps him get to a new team as soon as possible.

The Simmons saga has featured various checkpoints since Philly was upset by the Atlanta Hawks in the second round of the 2021 NBA Playoffs, but the main issue hasn’t changed. Simmons struggled mightily in the playoff loss to Atlanta, posting historically bad free throw shooting numbers and refusing to shoot (even wide open dunks!) with the game on the line in the fourth quarter. Head coach Doc Rivers and superstar teammate Joel Embiid essentially throwing Simmons under the bus for his poor performance at the conclusion of the series certainly didn’t help matters. Neither did Philadelphia asking for the world in a trade return for Simmons this offseason.

According to a recent report by The Athletic, Simmons believes his partnership with Embiid has “run its course.” The Athletic wrote: “As (Simmons) sees it, sources say, the organization’s choice to build its basketball ecosystem around Embiid’s style simply isn’t conducive to the way he needs to play.”

Embiid was asked about the recent report after practice on Thursday, and he gave a searing response that probably won’t make the relationship between the two stars any better.

Embiid on Ben, partial: “Our teams have always been built around his needs. So it’s just kind of surprising to see. Even going back to, the reason we signed Al, we got rid of Jimmy, which I still think was a mistake, just to make sure he needed the ball in his hands.”

Embiid (more): “We’ve always had shooters, and I feel like i can really play with anybody, and I can make anybody be better on the court…We are a better team with him. There’s no question about it. We still hope that he changes his mind.”

Embiid (continued): “The situation is weird, disappointing, borderline kinda disrespectful to all the guys that are out here fighting for their lives. Some guys rely on the team to be successful to stay in the league and make money somehow.”

Here’s the full quote from Embiid when asked about Simmons.

Embiid has maintained that he wants Simmons to return to the team. Rivers and President of Basketball Operations Daryl Morey have done the same. At this point, that appears to be wishful thinking for the Sixers. It’s becoming clear that Philly can’t win a power struggle against Simmons. He needs to be traded as soon as possible for the benefit of everyone involved.

Embiid raises some solid points here. The best version of the Embiid-Simmons Sixers was the team with Jimmy Butler that lost to the Toronto Raptors in the second round on Kawhi Leonard’s instant-classic buzzer-beater. Butler departed for Miami the next year, and there has always been speculation that Philly didn’t put forth the maximum effort to keep him. Simmons also raises some good points for why he’s holding out. The Sixers tried to trade him once already (for James Harden) and only seem to be holding on to him so he can raise his trade value. Simmons believes it’s not his job to help Philly get more back for him in a deal.

The Sixers are a different team today than they were a few years ago with Morey running the show. Philly was also pretty awesome in Morey’s first season last year, grabbing the No. 1 seed in the East before they fell apart in the playoffs vs. the Hawks.

This situation just keeps getting worse and worse. Daryl: we have some Simmons trade ideas if you need them. This get this over with ASAP.