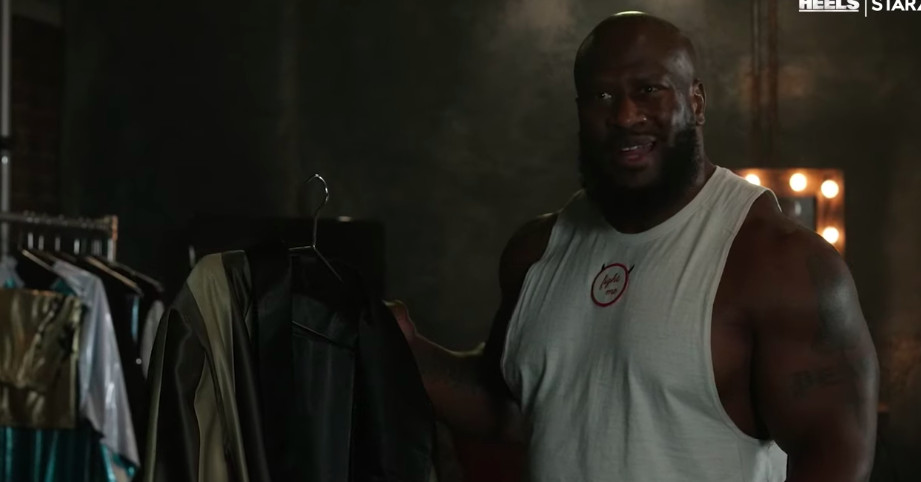 Steelers legend James Harrison has been adjusting to a life after football by working on his acting chops, and so far in his first major TV role he’s been a stunning, absolute delight.

Harrison plays “Apocalypse,” a veteran wrestler with a heart of gold on Starz’ Heels, a show about a small-time pro wrestling promotion in Georgia. Starring alongside Stephen Amell (Arrow) and Alexander Ludwig (Vikings), Harrison more than holds his own on screen — and honestly, I absolutely did not expect this.

So many athletes have tried to make the pivot to acting with varying degrees of success. I’m not here to tell you that Harrison deserves an Emmy or anything like that, but he just fits the tone of the show so perfectly that eventually he falls naturally into the cast, making you forget he’s James Harrison, and that might be the biggest compliment I can offer. As a show I’ve found Heels really compelling. It’s Friday Night Lights in style, and while it’s not the best wrestling based TV drama to come out in recent years (that belongs to GLOW), I will say that I’ve been enjoying it.

Part of that is Harrison, who deftly moves from having serious locker room discussions about the disrespect and lack of promotion black wrestlers have traditionally gotten out of small promotions, to showing his comedic chops as the rag-tag group of performers ponder the purpose of men having nipples.

The eight episode first season is coming to a close in a couple of weeks, and I’m really hoping it will be renewed. So far the show is getting huge critical and audience acclaim on Rotten Tomatoes with a 96 and 97 percent score respectively, and the seeds have been planted to slowly learn more about these characters. Small elements keep getting touched on, like Apocalypse’s name coming from the movie Apocalypse Now, and his strained relationship with his father.

I’m excited to see more from the show, and more of James Harrison’s acting — which I never thought I would have said before this show debuted.