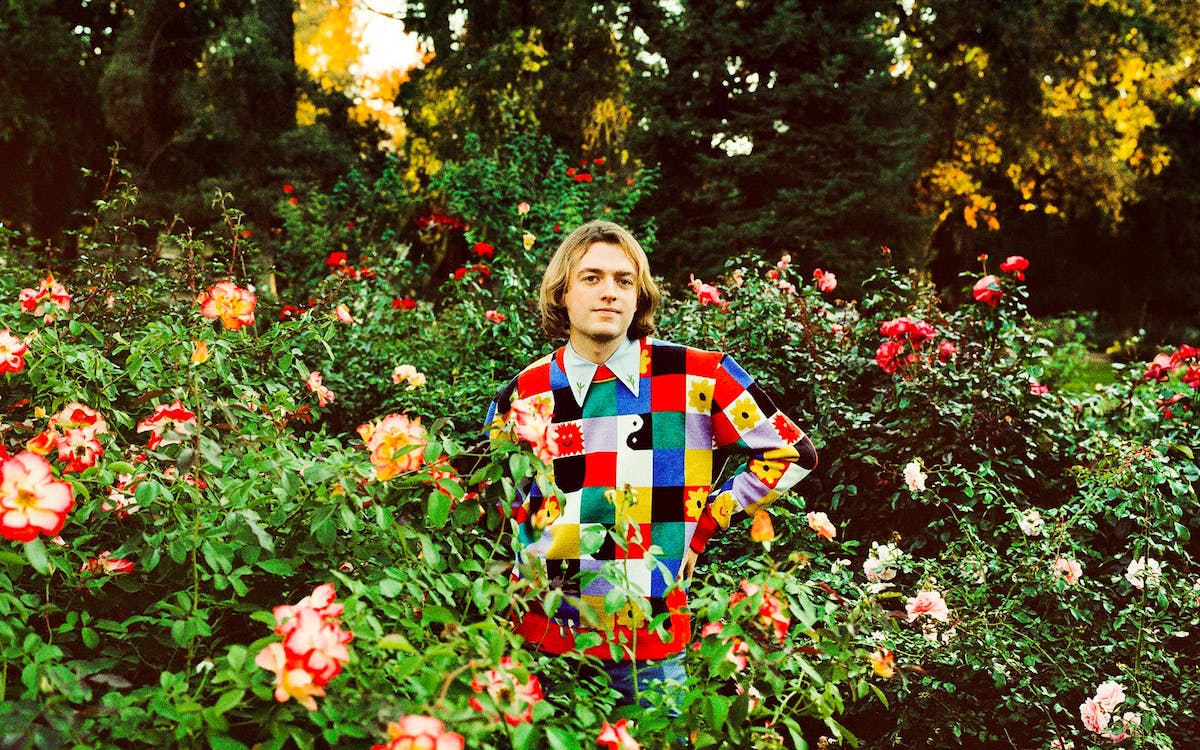 A dreamlike state. A soft ocean breeze. The sky when the sunset is just right. The twenty-something-year-old voices behind Austin-founded Dayglow (Sloan Struble) and College Station–based Surfaces (Colin Padalecki and Forrest Frank) soothe listeners stressed by the chaos of the world, if only for a few minutes. Optimism is a staple for these bands, whose essence lies in not taking themselves too seriously and inviting others to do the same.

Dayglow and Surfaces have each created a cohesive brand. What they sing—songs about palm trees, not worrying, and running the world (sarcastically)—is who they are. There’s no catch, and, remarkable for Gen Z acts, no irony. Chasing a happy-go-lucky feeling rather than any particular sound, the fresh-out-of-college bands can be found in upward of 16 million Spotify users’ playlists. But they aren’t forcing it, and everything about their sound feels effortless. The bands have surfed the wave of the TikTok takeover and experienced virality with songs like Surfaces’ “Sunday Best” and Dayglow’s “Can I Call You Tonight?” that doubled as dance trends on the app.

Yet 22-year-old Struble doesn’t have his own generation in mind as he makes music. “I try to make music for dads,” he says. With influences spanning Porter Robinson, Phoenix, and MGMT, Struble sought out a sound that is timeless and danceable. He has noticed that fans are clearly looking for a fun time. “Even if it comes down to just making pop music: if it’s making people feel better about themselves and [giving] them courage to go throughout the day as a happy person, that’s a really awesome job that I’ve been given.” His sophomore album, 2021’s Harmony House, is a direct nod to the eighties, going as far as using the same outboard gear to emulate the sounds of forty years ago. The album’s fifth track and hit single “Close to You” for example, is set to a digital synthesizer and a steady drumbeat that sounds like a blast from the past.

Surfaces shares the same “music for dads” sentiment. The band’s newest album, Pacifico, could fit right alongside Don Henley and James Taylor records. Frank and Padalecki are somewhat mystified by their audience. There are fiftysomething couples in the VIP section, and teenagers, college students and postgrads in the crowd. And Surfaces has seen more listeners over the age of sixty than under the age of sixteen, despite their huge success on TikTok and appeal to Gen Z. Not that they don’t love being universally appealing. “If you go for hard-hitting stuff, it’s something that parents don’t really want their kids listening to,” Frank says. “Then, if it’s stuff they want their kids listening to, it’s like vegetables. It’s not tasty. So we want it to be somewhere in between where it’s like, it tastes good but it also is healthy for you.”

From their perspective, the music coming out of 2017 and 2018 idolized the idea of being sad and feeling numb. Growing up on optimistic, sunny music from greats such as Stevie Wonder and Jack Johnson, the duo gravitated toward replicating those feelings. Making feel-good music with an inherent deeper meaning isn’t easy, but it’s what keeps them going. “It makes you think that not everything has to be surface level. Not everything has to be so at your fingertips like it is nowadays.” Take “Sunny Side Up,” with its clear tie to the breakfast favorite but an arresting lyricism that reminds listeners to embrace the positives and the simple things in life.

The 2021 Austin City Limits Music Festival will host both bands on Saturday. Although this will be Struble’s second appearance, this is Frank and Padalecki’s first. In fact, Frank’s first time going to these festivals will be as a performer. As both bands have established themselves as pick-me-ups, the “feeling blessed, never stressed” mentality will live on. With a high chance of rain this weekend, maybe their unclouded view of life and groovy beat is exactly what is needed.