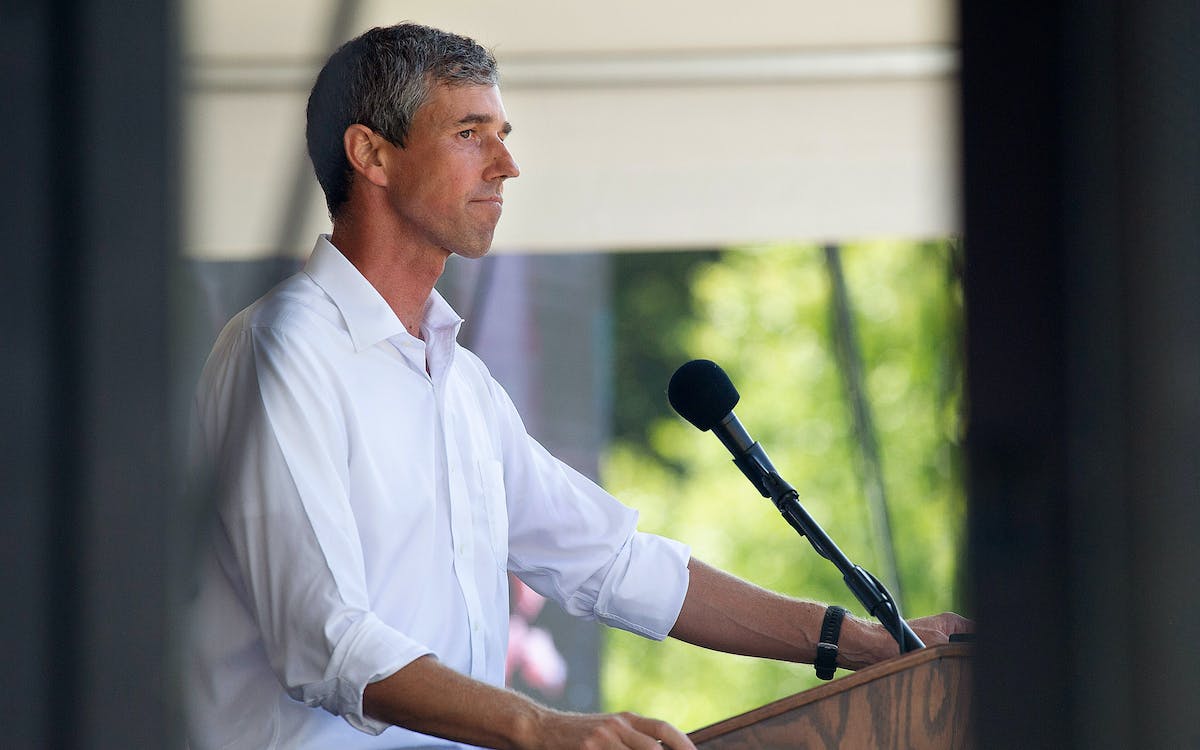 It’s a midterm election under a Democratic president, traditionally the low ebb of the fortunes of Texas Democrats. Republican Greg Abbott polls reasonably well, has a nice smile, and has accumulated enough coin in his campaign’s bank to swim in it like Scrooge McDuck. A rush of would-be asylum-seekers at the border ensures local TV news will be playing an endless stream of footage on the GOP’s favorite issue in the year before the election.

Democrats have some reason to think they might get traction, though. Their likely nominee is a national star, capable of raising large sums from big and small donors alike, all over the country. The Legislature’s recently passed abortion law, which has become the subject of a passionate nationwide debate, is far out of step with where Texans tell pollsters they are on the issue. And some polls show the Democrat within ten points and Abbott’s favorability south of 50 percent.

We’re talking, of course, about 2014, when state senator Wendy Davis, nationally famous for a filibuster over an abortion law, took up the Democratic party’s baton against Abbott. She then tripped over a succession of lawn rakes, losing by more than twenty percentage points—a fate Democrats hope to avoid this year, in a race with similar fundamentals. This time, it’s Beto O’Rourke’s turn. The former congressman hasn’t announced his candidacy, but is expected to do so in October. The hope of the state’s many remaining Beto-heads is that this race will look less like Davis’s 2014 drubbing and more like O’Rourke’s wild 2018 campaign, in which he came within 2.6 points of beating Senator Ted Cruz.

O’Rourke, like Davis, deserves credit for throwing his name in the ring in a way many Democrats are not willing to do. It’s surely better for the party to have a serious candidate to run—which they shockingly did not have until now, one year before a race that will require immense effort to even make close. But the 2018 race will be a tough one to re-create. In this campaign, O’Rourke will face a more popular opponent than Cruz, with the added disadvantage that he’ll be running under a Democratic president whose popularity is sinking. Not to mention that O’Rourke enters this race after a quixotic, failed bid for the presidency, in which he put on record many positions that are far to the left of what Democrats can typically get away with in Texas—not least his comment, in a televised debate, that his message to Texas owners of semiautomatic weapons would be, “Hell yes, we are going to take your AR-15.” In one recent poll from the Dallas Morning News and the University of Texas at Tyler, O’Rourke was projected to lose a head-to-head matchup with Abbott by five percentage points, while the actor and occasional voter Matthew McConaughey, who has hinted the he might run, was projected to win by nine.

Texas Democrats often get stuck in what you might call a confidence trap. They need to believe they can accomplish impossible things in order to get up in the morning and go to work, but it’s easy for that willfulness to curdle into a kind of blind faith in messaging and strategies that they have been pursuing for years without success. O’Rourke exuded that kind of willfulness in 2018. No other Democrats thought it worth taking a shot at Cruz, and on paper it wasn’t. But O’Rourke did it, and it almost worked. A risk of an O’Rourke candidacy now, though, is that it becomes a kind of cargo cult attempt to rerun 2018 without addressing the more serious obstacles that stand in his way today.

Here’s one obstacle. In 2018, Cruz got 215,000 more votes than O’Rourke. But Abbott got 1.1 million more votes than Lupe Valdez, a former Dallas County sheriff who was a sort of placeholder Democratic candidate. Hundreds of thousands of Texans, in other words, voted for both O’Rourke and Abbott. If we can broadly categorize these as “center right” voters, who disdained Cruz’s squirreliness and congenital dishonesty but wanted Abbott to keep their taxes low, O’Rourke may not be well equipped to speak to them. And even if he is, he needs to win basically all of them and then find a few hundred thousand voters somewhere else.

That’s a tall task. Abbott is indeed in hot water right now, with his approval rating falling below 50 percent because of lingering anger over the winter power grid collapse and his handling of the pandemic—which has angered both the left and far right. But it’s far from assured that such anger will last until November of next year. It’s possible the power grid collapses again this winter or next summer, bringing that crisis back to the forefront of voters’ minds. But entirely different issues—such as the border crisis—are likely to predominate.

Still, O’Rourke provides the Democratic party the best shot it’s got. His farcical presidential campaign has led a lot of folks to forget that what he accomplished in 2018 was unexpected and extremely impressive. He went from a long shot few in the state had ever heard of to set the two-decade high-water mark for Democratic performance in a statewide race. Retroactively, politicos in the state have decided he screwed it up and that they could have done better. In Quorum Report, Harvey Kronberg describes the (fairly common) feeling among Democrats that O’Rourke’s arrogance in previous campaigns “drowned out legitimately good advice from people who had won victories for Democrats decades ago in this state.”

But the available evidence suggests that nobody in the Democratic establishment knows how to win in this state, and those insisting they do sound like Donald Trump predicting that Robert E. Lee would have won the war in Afghanistan. In 2018, O’Rourke came close in part because the sensation around his campaign and his person helped him transcend the either/or choices that divide the Democratic left and independent voters in the state: There was always a certain fuzziness about what O’Rourke stood for, and what kind of leader he’d be. That was a big asset in a state that has never had a cohesive Democratic opposition.

His campaign for president provided a sharper image, one that he probably already regrets. President O’Rourke would have confiscated your guns, ended tax-exempt status for churches and charities that opposed gay marriage, and perhaps stood every day on the Resolute desk. He can help erase that part of his legacy in the minds of Texans next year, or it can sink him. The choice may not be up to him anymore.