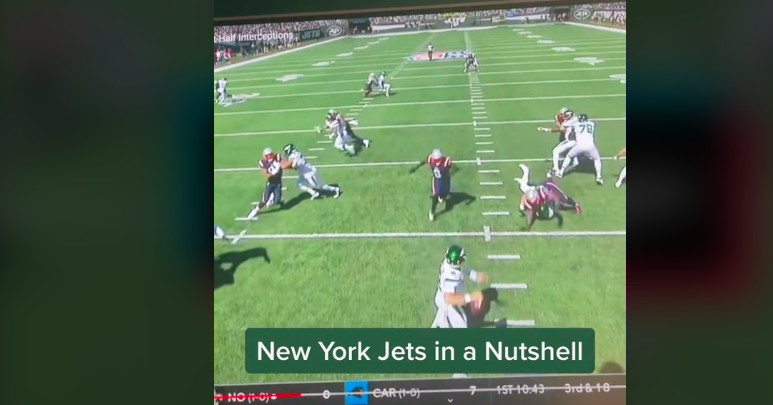 The children are our future, and that includes learning time-honored sports traditions, like mercilessly making fun of the New York Jets. Young football analyst @td.sports on TikTok is a self-professed Jets fan, but that didn’t stop him making fun of the worst complete play we’ve seen all season.

I’m a huge fan of terrible football plays, so this is right in my wheelhouse. There are just so many beautiful elements rolled into one. You’ve got:

Simply beautiful stuff. I’ve been as critical as anyone of Zach Wilson, but at least on this play he just made one bad decision in a sea of utter ineptitude. This is like a bad AI routine in Madden where all the linemen block incorrectly. It seems impossible in the realm of professional football, but the Jets are incredible at finding a way to make stuff like this a reality.

It would be inspirational if it wasn’t so godawful at the same time.