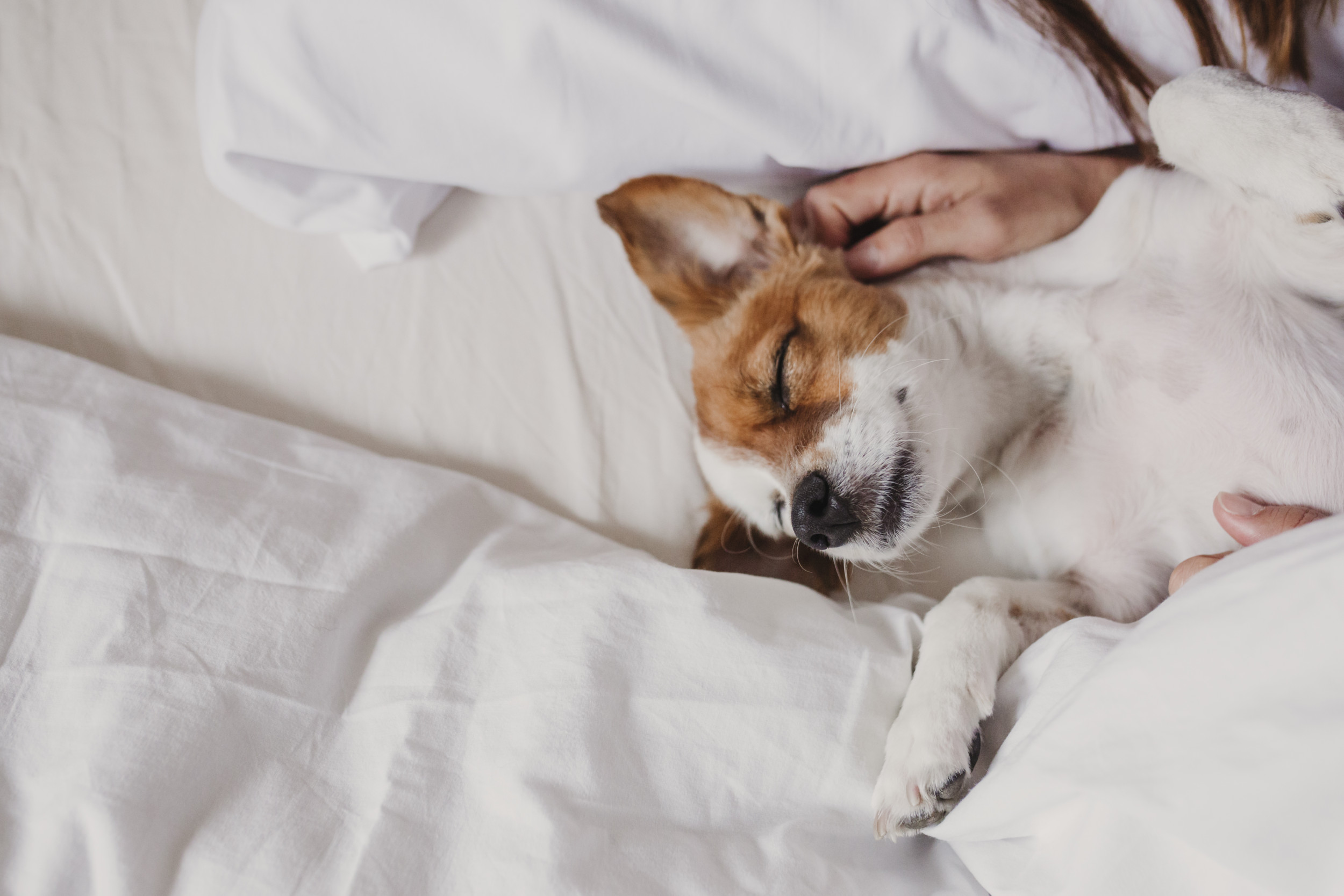 The moment a rescued senior dog felt her bed for the first time has gone viral, after she was rescued from abuse by TikTok user Maria Torres.

In less than one day, the video has gained over 400,000 views, with Torres documenting the journey of rescuing her in real-time from her previous owner.

Bella, the dog, can be seen slowly climbing onto her soft blanket, before timidly snuggling into it—both breaking and warming the hearts of thousands at the same time.

As her new owner stroked her in the video, she flinched with every move. Taken the very day they rescued her, Bella’s reaction has changed since the video in just days, and now feels safe at home according to Torres.

Although they dub her Bella in the video, Torres confirmed in a comment that the dog has been re-named Belle.

“She will never be hurt again,” reads the caption of the post.

The video can also be seen in full here.

In a video posted one day ago, Torres showed the process of rescuing Belle, who was previously owned by a woman who was captured beating her.

Torres mainly looks after cats, but felt compelled to take under Belle too after being sent footage of her being hit in the street. “I was sent a video by a neighbor of a local homeless woman beating a little dog,” she wrote, before adding a clip of it happening on the side of a street.

“She was given to this woman by a family that moved away and didn’t want her anymore. She is in really bad shape [and] probably has never seen a vet,” she added.

According to the video, Torres waited outside for hours until the woman arrived, and offered to buy the dog from her. “This is not a good neighbourhood and I have to keep my animals and family safe,” she explained on why she chose a friendlier route than others had suggested.

In a clip, she can be heard informing the woman that the abuse could end up with her in jail, so offered to instead take the dog off her hands for money. “So I told her of the reported abuse and offered to buy the dog off her,” she wrote.

When she was rescued, Belle didn’t have any teeth and required veterinary care, which has weighed heavily on Torres’ wallet along with the plethora of other local animals she’s rescued.

With two dogs and six cats, Torres has asked her TikTok followers to donate towards their vet bills as she helps them back to health.