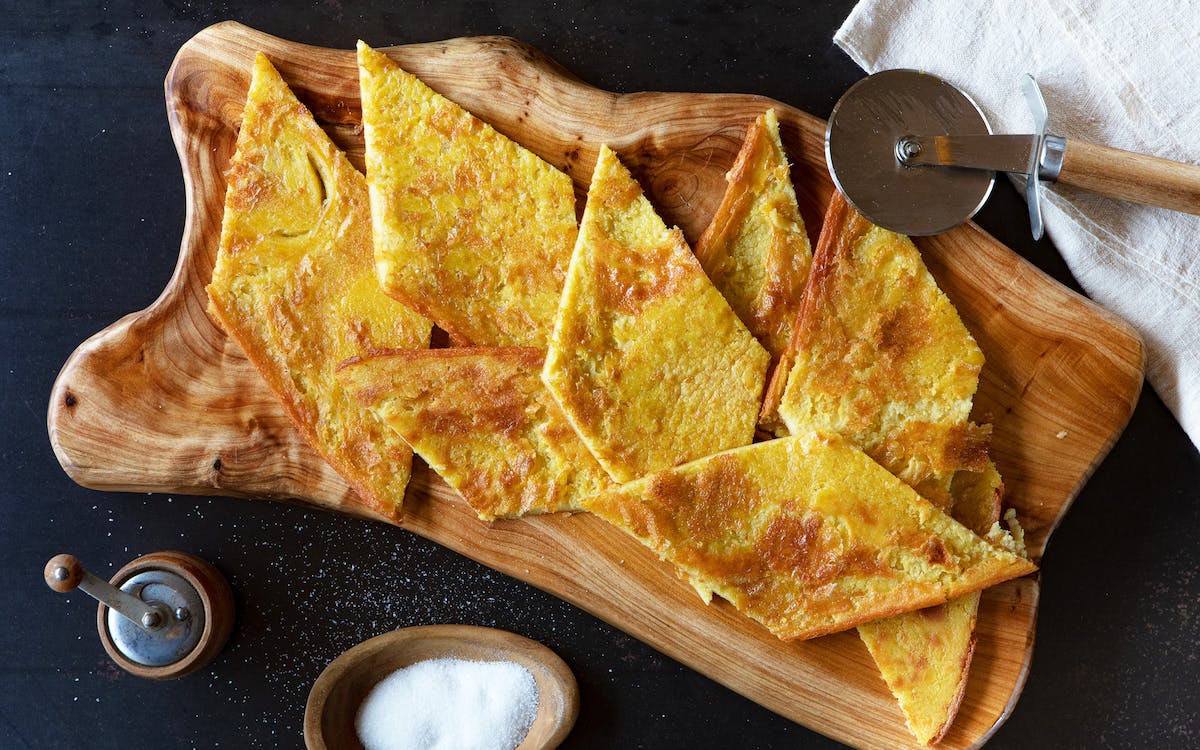 Laurel Evans has made a career of teaching Italians about American cuisine. The cookbook author was born and raised in Boerne, but moved to Milan when she fell in love with and eventually married an Italian, photographer Emilio Scoti. Through her blog Un’Americana in Cucina and her cookbooks Buon Appetito America!, American Bakery, and La Cucina Tex-Mex, she has spent years showing her adopted homeland that food in the U.S. is more than just hamburgers and hot dogs. And now she’s flipping the equation: her first book in English, Liguria, the Cookbook: Recipes From the Italian Riviera, coming September 28, aims to show us that Italians eat more than pizza and pasta.

Liguria shares the recipes and stories of the region of Italy responsible for focaccia and pesto. This long and narrow coastal region touches “some of the most coveted eating destinations on the planet,” Evans explains—France, Emilia-Romagna, and Tuscany—but thus far has largely been overlooked in English-language cookbooks. Because the cuisine emerged in part from poverty, its dishes have an emphasis on waste reduction. Meats are used sparingly, if at all, and Ligurians rely instead on bountiful fresh herbs and what Evans calls umami bombs, like anchovies, olives, and nuts, to bring the flavor.

It’s also a cuisine with dishes similar to recipes in modern, trendy cookbooks—books that remove meat from the center of the plate and employ bright flavors and herbs to bring life to vegetables and whole grains. Indeed, Evans says writing the book often felt like writing stories for food magazines: “How to use anchovies instead of meat! How to up your vegetarian game with umami bombs!” It’s no coincidence that recent popular cookbooks like Yotam Ottolenghi and Ixta Belfrage’s Flavor or Joshua McFadden and Martha Holmberg’s Six Seasons draw inspiration from Italian cooking. Liguria is an entirely different kind of cookbook from these volumes of contemporary, cosmopolitan fare. Full of wisdom handed down through generations by the region’s nonne (including Evans’s mother-in-law) and gorgeous photographs by Scoti, a native Ligurian, of the region’s sweeping vistas and famous hill-perched towns, this is a dive into a historic cuisine deeply rooted in its geography.

The book wouldn’t exist without Evans’s extensive experience writing about American and Texan foods for an international audience. Her previous four books taught her the importance of testing international recipes using the proper local ingredients and equipment—for example, with La Cucina Tex-Mex, she bought an offset smoker from H-E-B and had it shipped to Italy. (She suggests readers smoke their costine di maiale affumicate (barbecue ribs) and punta di petto di manzo affumicato (smoked brisket) low and slow in a standard kettle grill, with wood chips and charcoal.) For Liguria, it was a matter of making sure the baking recipes worked with American ingredients (although her planned trip to Texas to test them was canceled, thanks to COVID-19, and a U.S.-based recipe tester was hired). Once the recipes work, it’s all about giving context: “Whether that’s talking about Tex-Mex in Italy or talking about Liguria in America, I really try to give enough context from the people that make this food in their everyday life here in order to make it more accessible.”

As Texas temperatures start to cool off enough to bake, Evans suggests this pine nut tart for a sweet taste of Liguria.

Pine nuts are a staple of Ligurian cuisine, providing crunch and flavor (and non-animal protein) to many recipes in this book. This delicious and pretty tart pairs them with a chewy almond filling and a buttery pastry crust. There is no need to toast the nuts beforehand, as they will get plenty of color while baking on the surface of the tart.