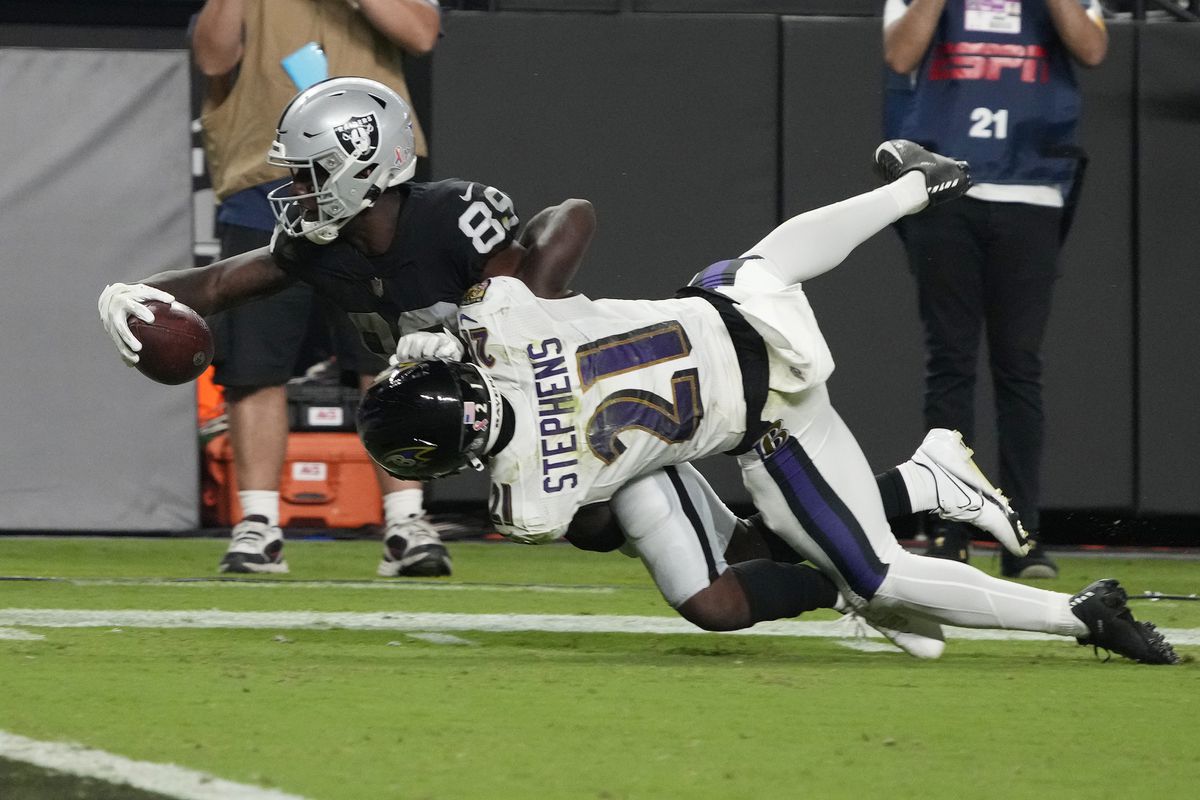 Before the play went under review, the teams even met at midfield to congratulate each other, thinking the game was over. When they returned to field, Carr was stopped short on a quarterback sneak on first-and-goal. After a timeout, Raiders rookie right tackle Alex Leatherwood jumped on Carr’s hard count and was flagged for a false start, moving the Raiders back 5 yards to the Ravens’ 5 ½-yard-line. After an incomplete pass on second-and-goal, Carr rifled a throw to former Ravens wide receiver Willie Snead IV just in front of the end zone that went through Snead’s hands, ricocheted off Ravens safety DeShon Elliott’s helmet and landed in the waiting arms of cornerback Anthony Averrett for an interception.