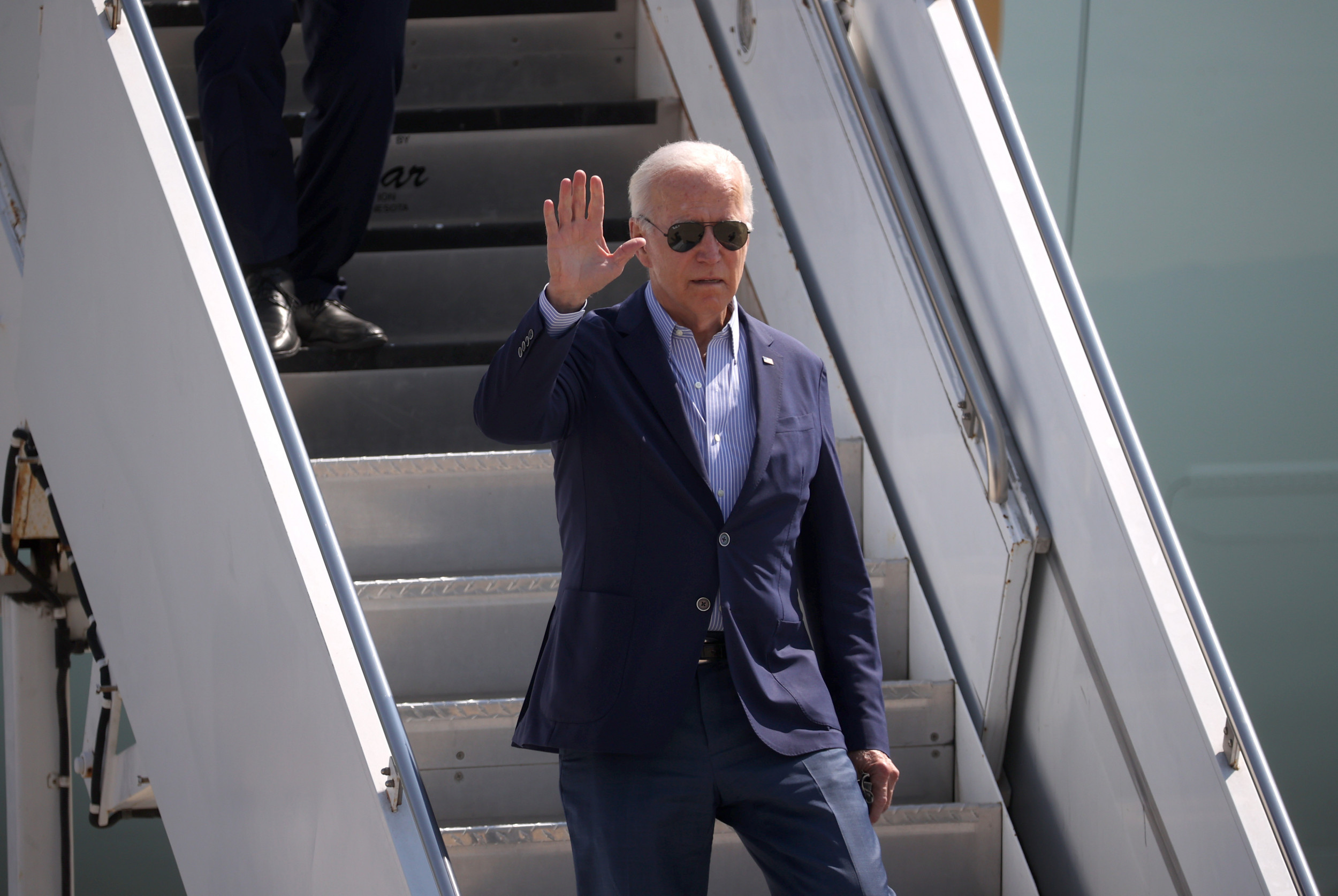 Biden joined Newsom for a campaign stop in Long Beach on the eve of the recall election. The president told the crowd that “the eyes of the nation” focused on California and that the election’s results would “reverberate” around the world. He then repeatedly compared Elder, a conservative talk radio host who would be the state’s first Black governor if elected, to the former president who he defeated in the 2020 election.

“All of you know that last year I got to run against the real Donald Trump,” Biden said before gesturing a Catholic sign of the cross. “This year, the leading Republican running for governor is the closest thing to a Trump clone that I’ve ever seen in your state. I really mean it. And he’s leading the other team. He’s the clone of Donald Trump. Can you imagine him being governor of this state? You can’t let that happen.”

“California, keep Gavin and send a message this time,” the president said later. “I’m going to make this as simple as I can: you either keep Gavin Newsom as your governor or you’ll get Donald Trump. It’s not a joke—a Republican governor who will block progress on COVID-19, who is also anti-woman, anti-worker, a climate denier who doesn’t believe in choice.”

Biden was introduced by Newsom, who warned voters in the heavily-Democratic state that “Trumpism” would take hold if he were replaced by Elder.

Newsom described Elder as “to the right of Donald Trump.” The governor’s campaign against his recall has repeatedly made the comparison between Trump, who lost the state to Biden by almost 30 percent in 2020, and Elder, who is an outspoken supporter of Trump.

Polls show that answers of “no” to the question on whether to recall Newsom were leading by an average of nearly 16 points as of Monday evening, according to polling analysis site FiveThirtyEight. Elder, while preferred by nowhere near a majority of voters overall, topped the large field of replacement candidates by more than 23 points.

Should Elder fail to become governor as recent polls suggest, it is not clear that he will accept the results. Elder refused to answer a question about whether he would accept the results during an MSNBC interview earlier on Monday. His campaign has also pre-emptively assembled a legal team primed to sue over the results and have prepared a petition demanding a special California legislative session to investigate the election.

Newsweek reached out to the Elder campaign for comment.