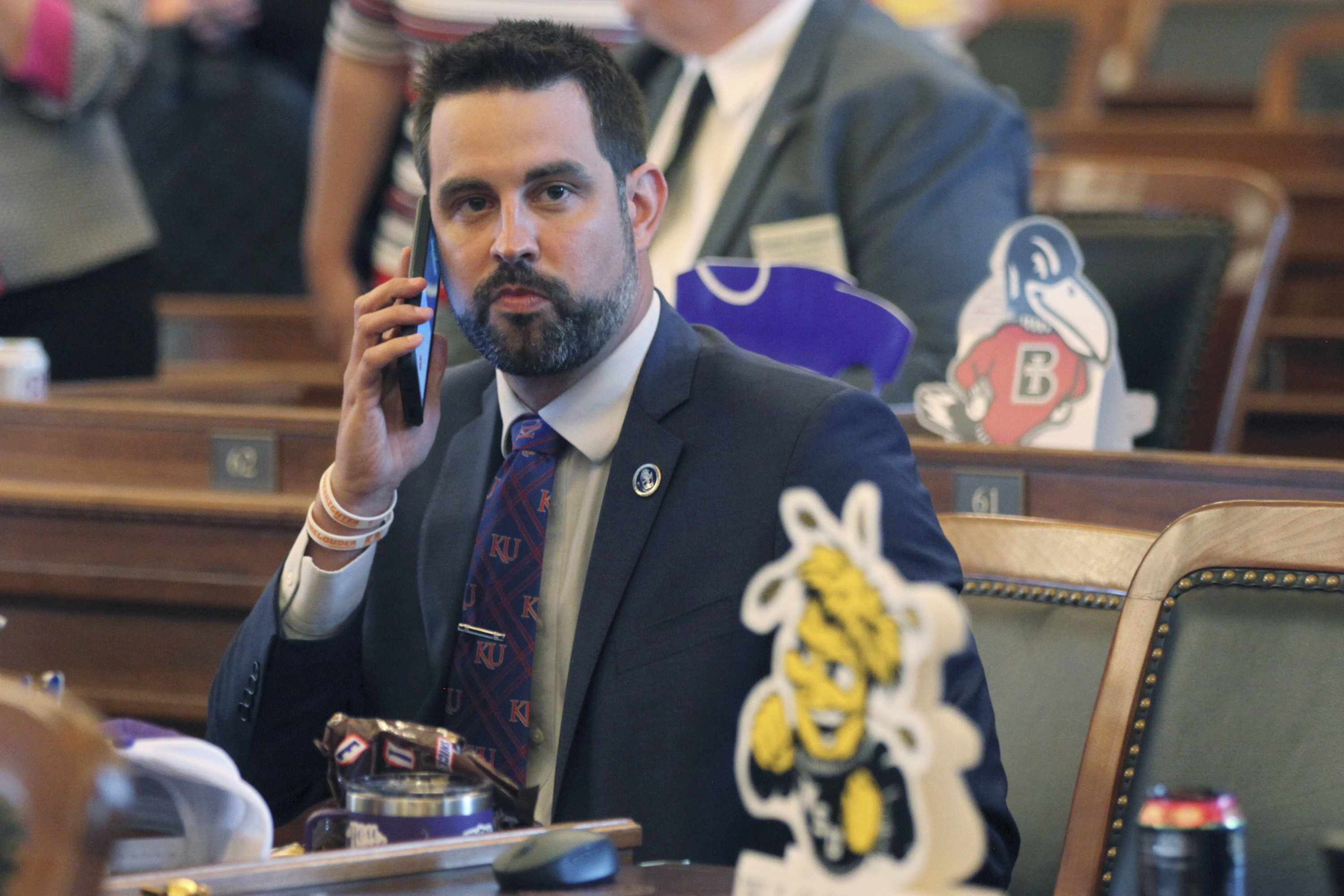 A Kansas state lawmaker will serve one year on probation after pleading guilty to three misdemeanor criminal charges of battery on Monday.

Republican Mark Samsel reached the agreement with a local prosecutor after being accused of kicking a high school student in the testicles back in April. At the time, the prosecutor said Samsel had “rude, insulting or angry” interactions with two high school students. According to one of the students, Samsel had manhandled and kicked him in the testicles.

The students are both minors, according to court documents where they are referred to only by their initials.

In August, Samsel posted on Facebook that “extreme” stress caused “an isolated episode of mania with psychotic features” in a high school classroom in his hometown of Wellsville, Kansas.

In a court hearing, the lawmaker apologized for his actions, saying, “I never intended to hurt anybody.”

Samsel has been placed on a year’s probation for the misdemeanors and has agreed not to use social media for personal purposes while he serves the time. He is also forbidden from contacting the students, and has surrendered his substitute teacher’s license. The lawmaker is also receiving mental health treatment.

Franklin County Magistrate Judge Kevin Kimball sentenced Samsel to serve a total of 90 days in jail on the three disorderly conduct charges but suspended that sentence in favor of probation. He also ordered Samsel to pay $263 in costs associated with his arrest and court case.

County prosecutor Brandon Jones was not available by phone immediately after the hearing, which occurred by Zoom.

Videos shot by students on April 28 and provided by a parent showed Samsel talking about suicide, God and sex in a noisy classroom. According to the deputy’s affidavit, Samsel said he only “demonstrated a kick” for one boy who had disrupted class but did not kick him. The deputy also wrote that Samsel said God told him to do what he did.

Samsel, a 36-year-old attorney who has served in the Kansas House since 2019, has said that he was trying to make a point about mental health issues and the need for people to be kinder to one another.

Kimball in May ordered Samsel to undergo a mental health evaluation, and the resulting report remains under seal.

In his August Facebook post, Samsel said he was studying ways to handle stress so that “there is no likelihood” an episode will occur again.