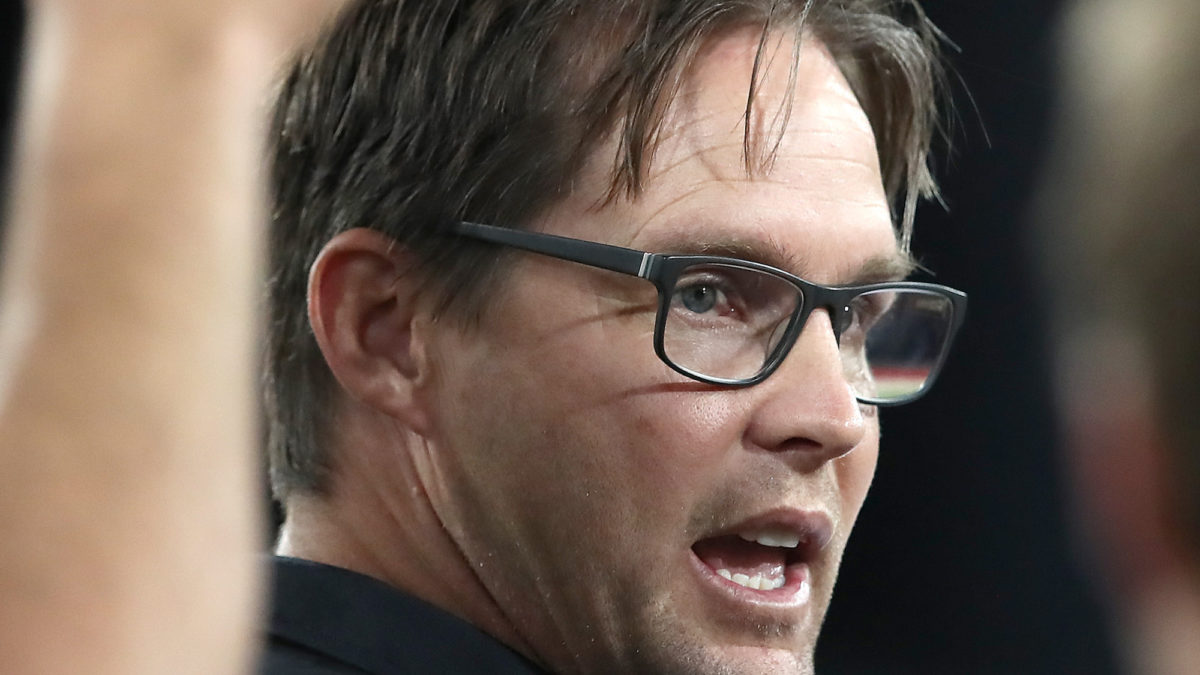 Welcome to Part 5 of my series on each individual side.

Today’s side is the Carlton Blues. To paraphrase a Neil Diamond ballad, the Blues were on the rocks. The AFL world poured them a drink and they told them some lies.

A passing mark would be them making the eight given the level of salary cap sacrifice and draft capital they gave up to get their trade targets last year. Yet even with the additions to the Carlton side they could not even pressure the top eight.

As with all these pieces, we will begin with what works, what failed, what they need to do to improve, a rating for their year and a dramatically too early prediction for the next season.

Harry McKay, Sam Walsh, and Jacob Weitering
A side that features these three names should not be as bad as the Blues were. They had the All Australian Coleman Medal winner in Harry McKay, a Brownlow fancy in Sam Walsh and one of the best defenders in the competition. Together they form the triumvirate upon which the Blues hope to build their historic 17th premiership.

McKay took a massive leap forward with 58 goals across the home-and-away season, not only kicking 58 goals and winning the Coleman medal, but at Carlton he’s third for score involvements (120), first for contested marks (50), and first for marks inside 50 (69).

He has been rated in elite in all these categories for key forwards, and he will only get better with the improvement of Jack Silvagni and the inclusion of Charlie Curnow. However, it is an indictment on the Carlton establishment that they’re unable to meet them halfway and get McKay the finals he so richly deserves.

The other element of Carlton’s trinity is Jacob Weitering, who put together an All Australian-worthy season, holding down the fort at fullback. He has been elite down back for disposals (16.4), metres gained (337.3 metres) and marks (7.6). Weitering has been the conduit through which the attacking forays are repelled and rebounded.

Finally, there is Sam Walsh, who has put together an extraordinary season the likes of which hasn’t been seen at Carlton since Chris Judd’s second Brownlow medal-winning year. He has averaged 29.8 disposals, 6.5 score involvements and 0.5 goals per game.

New to his game this year is a harder edge on the inside of the midfield combined with explosive gut running that would put Pheidippides to shame. These three names mentioned here have imbued Carlton with some optimism, however I am left questioning whether or not the machinations surrounding the lack of a head coach or board will force these gift players out.

Head coaching problems
Carlton, it seems, has no idea. David Teague despite having a year to run on his contract was sacked by an over-eager board despite his reasonable winning record as head coach. They sacked David Teague without having a suitable replacement chosen nor the appetite to be willing to adopt an impartial process to find one.

They first went after Alastair Clarkson, demanding only the best for Carlton before being resoundingly rejected by the man himself. After being rejected by Clarkson the first time they published the results of their review as they strung David Teague along. The management of the process disgusts me as Carlton seem stuck in their ways, demanding they instantly return to the heights that gave them a premiership 26 years ago.

Their trades
Adam Saad and Zac Williams are good players, of that there is little doubt. You only need to look at their respective careers at Gold Coast, Essendon and Greater Western Sydney. However, they’re not the players that Carlton need given the presence of a relative glut of half backs on their list.

Williams was to be developed as a midfielder you may ask. I say he has played one good game as a midfielder and does not have the necessary body of work to justify the massive price the Blues paid for him.

Adam Saad is somewhat different. He was an elite small defender at Essendon and the Gold Coast quickly able to turn defence into attack for the Bombers and Suns. However, neither Williams nor Saad are what Carlton need, which is desperate relief in the midfield for Patrick Cripps and Sam Walsh.

Saad largely played up to the trajectory he had at Essendon but there was something missing from the talismanic player. It is a sign of Carlton taking a player just because they were there rather than any rhyme or reason.

Who will be their head coach
The sacking of David Teague has left the Blues in a lurch, scrambling from head coach to head coach, hoping against hope that they say yes. However, for a club that has had nine head coaches since 2000, it is not something that leaves faith in them.

The Blues are also rigidly bound by their pre-conceived notions of needing an experienced coach to the point where it has left them paralysed by the reality that they’re no longer the powerhouse club they used to be. Instead of hiring who could be an eminently qualified new coach, they have left themselves pining after Alastair Clarkson.

Will Adam Cerra go to the Blues?
Adam Cerra has made it known that he has a desire to return to Victoria considering the recent COVID restrictions on interstate travel. However, the problem he runs into is Carlton are the only club with both the salary cap space and the draft capital to cover for Adam Cerra.

He may still request to go to the Melbourne Demons, but it is unclear how this trade gets done for them and given the shambolic off-season machinations it may end up being a blessing for Fremantle.

Solutions to their problems

Appoint a director of football
There’s an element of a self-fulfilling prophecy about the maladies that have afflicted Carlton this season, they ditched their director of footy mid way through the season and did not fill the position.

In addition to that they also brought about the resignation of John Barker midway through the season. The Blues desperately need to put smart footballing personnel around them, which leads me to my next point…

Call an EGM and get rid of the board
Carlton is a club riven by the dreams of the past. They have been obsessed with the past glory of a football club that does not exist anymore.

They need to get rid of the board and appoint people who understand how modern footy works and perhaps most importantly understand that they’re not bound to the past and that it is an entirely new dawn for Carlton.

Appoint Jacob Weitering captain
The weight of the captaincy has weighed down Patrick Cripps. He needs to be able to take the time to focus on his own football and get what he can out of his rapidly ageing body.

The man to take the mantle from Cripps is Jacob Weitering. He has played for the Blues for six years and is quickly heading into the peak of his powers. His command of the back line as their general has made him the ideal candidate for captain.

Best win: Round 20 versus St Kilda
Coming after an embarrassing loss against the North Melbourne Kangaroos, Carlton put the St Kilda side to a metaphorical sword. In magnificent news, this was also the first game of Charlie Curnow in an incalculably long time as well and he got through the match unscathed.

Letter grading: F
I probably would’ve been more generous had they not sacked their head coach… again. Carlton are in shambles now, and it has no end in sight. The appointment of Brian Cook as CEO is good news, but that is few and far between currently.

Way too early prediction: 14th-18th
I am predicting that the issues surrounding Carlton will be too much for them to handle and the Blues will be condemned to yet another ignominious end of the season.

The Blues do have the potential to be far higher, but their actions indicate a reluctance to move into the modern age of football.

Well, there you have it. Thanks for reading this piece. Leave your thoughts in the comments below.

Was I too harsh on the Blues? It’s about time the Blues’ fan-base started demanding more of their football club.

Tune in tomorrow for my review of the Richmond Tigers.