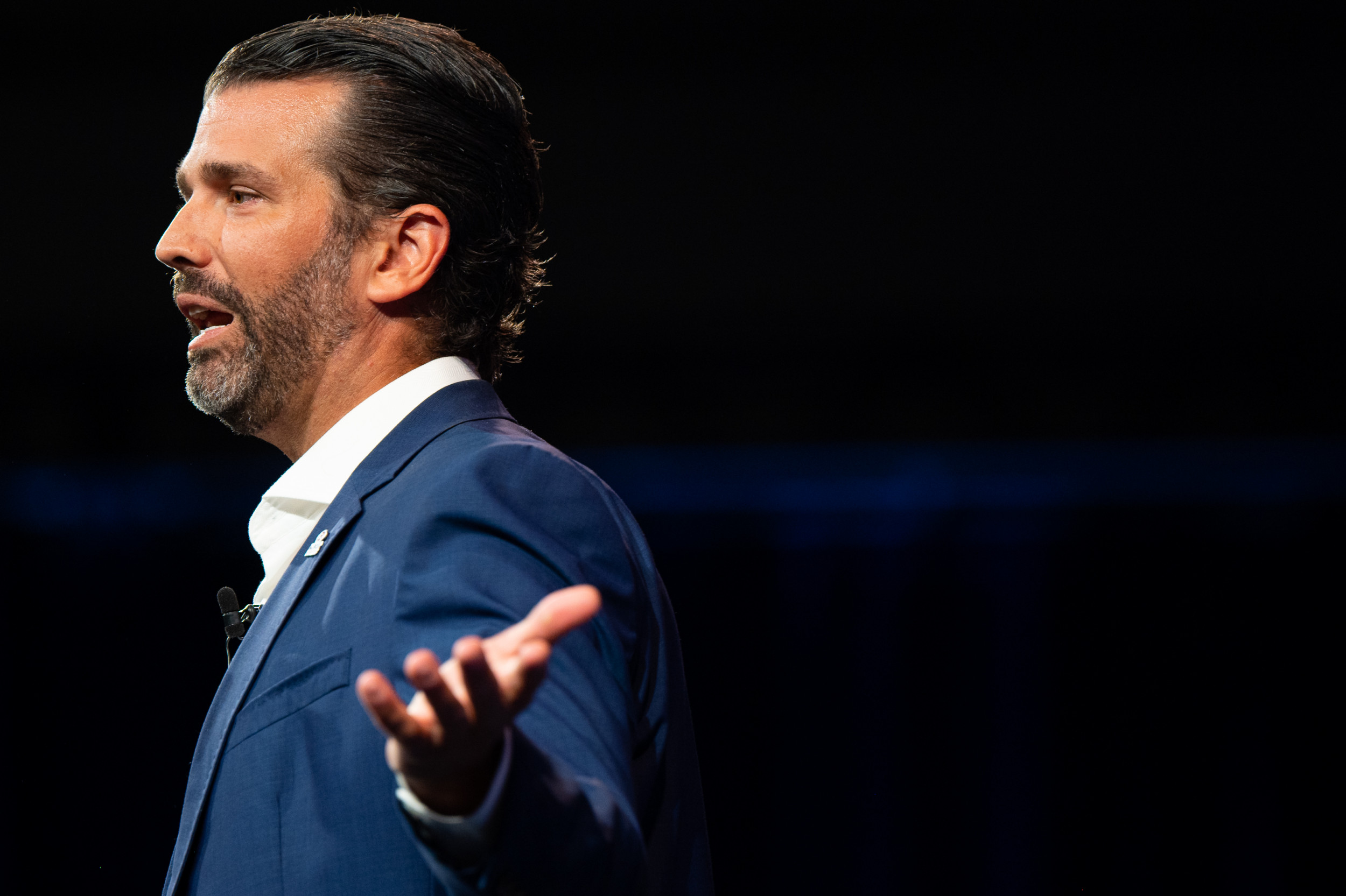 In an apparent effort to boost television ratings, Donald Trump Jr. has said that his father, former President Donald Trump, could reveal intelligence about aliens and Area 51 during the Holyfield vs. Belfort boxing fight in Florida on Saturday night.

The former president and his eldest son are scheduled to provide commentary from ringside for the boxing match between former heavyweight champion Evander Holyfield, 58, and former UFC champion Vitor Belfort, 44, on the night of the 20th anniversary of the September 11 terrorist attacks.

And now, Trump Jr. has vowed that he’ll press his father to disclose information about aliens and Area 51 during the match.

“We’re gonna ask a lot of awesome questions, I’m definitely asking about aliens because I think now, maybe we get a solid answer on what exactly is going on in Area 51 and everywhere else, you’re gonna want to listen, you’re gonna want to tune in,” Trump Jr. said in a promotional video shared to Twitter.

The match was originally supposed to take place in Los Angeles and feature Oscar de la Hoya, but it was moved to Hollywood, Florida, after de la Hoya was hospitalized with COVID-19 and had to pull out. Holyfield was then announced as de la Hoya’s replacement.

“I love great fighters and great fights. I look forward to seeing both this Saturday night and sharing my thoughts ringside. You won’t want to miss this special event,” Trump said in a press release announcing his participation in the event.

Earlier on Saturday, Trump did not join other former presidents, including Barack Obama and Bill Clinton, in attending the September 11 memorial event in New York, which featured a performance by Bruce Springsteen. But he did stop in to greet police and firefighters in Manhattan.

Trump commemorated the 20th anniversary of the September 11 terrorist attacks and praised the first responders in a video released Saturday morning—before quickly pivoting to attacking President Joe Biden‘s handling of the U.S. troop withdrawal from Afghanistan.

“The leader of our country was made to look like a fool, and that can never be allowed to happen,” Trump said of the exit he helped to negotiate, blaming “bad planning, incredible weakness, and leaders who truly don’t understand what was happening.”

“This is the 20th year of this war and should have been a year of victory and honor and strength,” he added. “Instead, Joe Biden and his inept administration surrendered in defeat.”