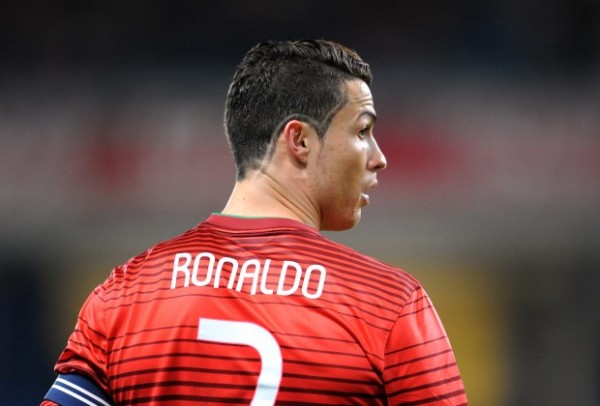 Manchester United has reached an agreement with Juventus to sign Christian Ronaldo at a fee of around €15m plus an additional €8 million in add ons. The five-time Ballon d’Or winner is set to join Old Trafford on a two-year contract once all the terms have been finalized.

His agent, Jorge Mendes, announced earlier on Friday that a deal was in the final stages. To confirm the news, Manchester United released an official statement stating an agreement with Juventus that was subject to visa, personal terms, and medical.

Juventus coach Max Allegri confirmed on Friday that the Portuguese star did not intend to remain in Turin. At the beginning of the week, there were many rumors that the Portugal captain was headed to Manchester City. However, it’s the 20-time premier league champions who have had the final laugh.

Ronaldo, commonly known by many as CR7, is not a new name at Old Trafford. The star, who spent between 2003 and 2009 in Manchester, made 292 appearances for the Red Devils and scored 118 goals. He won several trophies, including one Champions League Title and three Premier League titles under the then coach Sir Alex Ferguson.

Real Madrid has been certain that they will bag Kyllian Mbappe and make him a La Liga star after Messi left for PSG. At Real Madrid, Kylian Mbappe is expected to play alongside Karim Benzema if the transfer is concluded hurriedly.

The youngster has been making news across Europe after Florentino signaled his readiness to sign the outstanding player. Kylian Mbappe has shown interest in leaving after failing to extend his existing arrangement despite Parc des Princes interest in prolonging his contract that ends in Summer 2022.

Playing for Real Madrid has been the key star’s childhood dream, and it seems he will do whatever it takes to achieve the dream. PSG has maintained that the player or any other player with intentions of leaving will do so under the Club’s terms.

Leonardo rejected an earlier bid by Real Madrid, which was €160M citing that it was not enough. Kylian Mbappe has shown great skills and potential among fellow stars his age – he has great technical athletic skills coupled with mental capabilities.

Still, Real Madrid may be willing and able to pay €180 for the young star before the transfer window deadline despite making losses estimated at €300 million due to the CoronaVirus Pandemic.

Since joining PSG in 2017 on a Loan from Monaco, which later resulted in a £165 Million buyout after a year, Mbappe has scored 133 goals in his 174 appearances and has had 174 assists across all competitions. These contributions have seen PSG bag 11 domestic trophies with the inclusion of three Ligue 1 crowns.

The drama at North London over Harry Kane has halted after Daniel Levy made it certain that the player will not be sold this summer. Despite Harry Kane’s desperate need for trophies, he will be helping his team bag goals this season.

The fans are excited and expect to win silverware this season following the player’s decision to stay.

Michael McKean is an experienced writer with a portfolio that includes work on the subjects of sport, gambling, travel and finance. With a background rooted in journalism, Michael first ventured into the professional writing world based in Switzerland, where he wrote for a number of language and travel sites and magazines before moving into the world of sports writing and gambling sites.

As an avid soccer fan, who follows everything from the Scottish lower leagues to the European elites, he has earned himself a solid reputation as a reliable football betting tipster and predictor. Outside of work, Michael has always gotten involved with grassroutes football everywhere he has worked and lived – UK, Spain, Portugal, Switzerland and Brazil – and still isn’t shy when it comes to pulling the boots on himself. As well as soccer, he has also developed a love of North American sports, particularly ice hockey – a love which began in Switzerland and saw him venture across the pond to follow the NHL. Moving away from dry land, he’s also a keen longboard surfer and is happiest when writing with a view of the ocean.