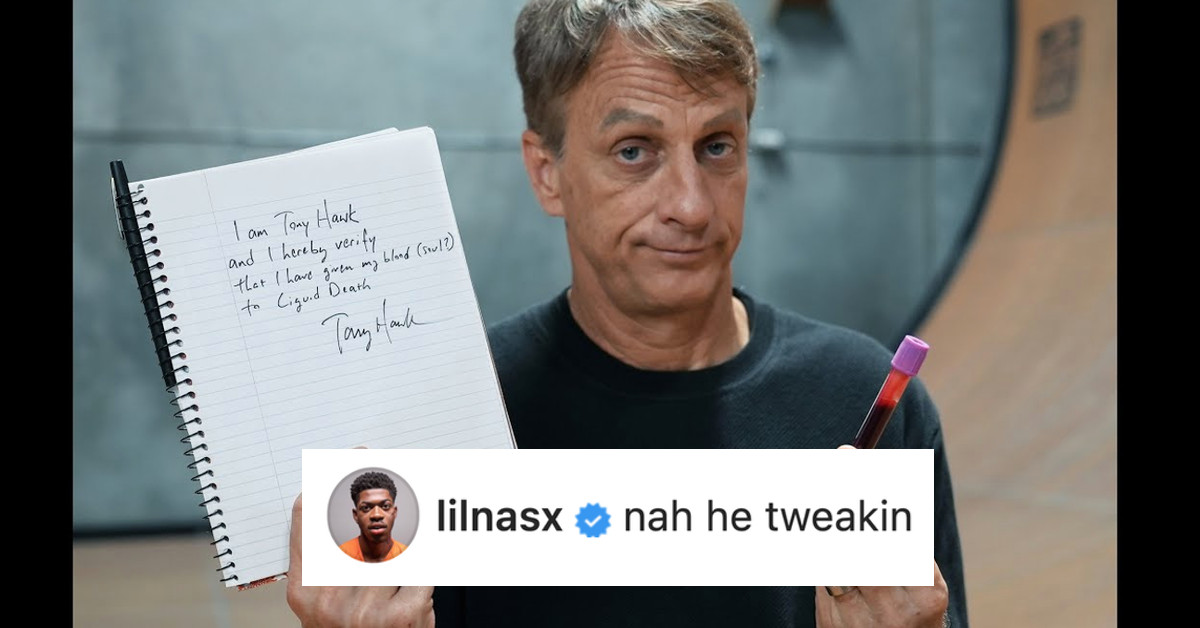 Instagram is being bombarded with the exact same comment over and over again right now. It doesn’t matter what the post is about or what account is doing the posting. Regardless of where you look on the app, the same three words keep appearing: “nah he tweakin.”

SB Nation’s own Instagram account (follow @sbnation!!!!) did not get spared. On a post about Nerlens Noel’s lawsuit against Rich Paul of Klutch Sports, almost every comment is “nah he tweakin.” In this case, it has nothing to do with the $70 million Paul allegedly cost Noel during contract negotiations.

Where did “nah he tweakin” start?

On Wednesday, the Instagram account for rap.tv @rap posted a photo of Tony Hawk with the caption: “#TonyHawk’s blood is being used in $500 limited-edition skateboards. Y’all rockin with it⁉️”

Hawk had announced earlier in the day that he partnered with beverage company Liquid Death for a limited run of skateboards that mixed Hawk’s blood in with the paint. If you had an extra $500 and enough free time on your hands to buy one before they sold out, you could own a skateboard with Tony Hawk’s blood.

Hawk is considered the greatest skateboarder ever, and skateboarding is now an Olympic sport, so yes this is very much a sports story.

What does “nah he tweakin” mean?

Earlier this year, Lil Nas X released a limited run of shoes that allegedly featured a drop of human blood. The shoes led to a huge backlash. Nike sued the rapper and the Brooklyn-based company he partnered with before the two sides reached a settlement.

Lil Nas X’s blood shoes were briefly an extremely controversial story to a certain type of person. When Nas X heard about Hawk’s blood-infused skateboards, he immediately drew a connection to his own product:

now that tony hawk has released skateboards with his blood painted on them, and there was no public outrage, are y’all ready to admit y’all were never actually upset over the blood in the shoes? and maybe u were mad for some other reason?

Here’s the start of “nah he tweakin”

The guy who landed the first 900 is at the center of the latest Internet meme. Now you know why.