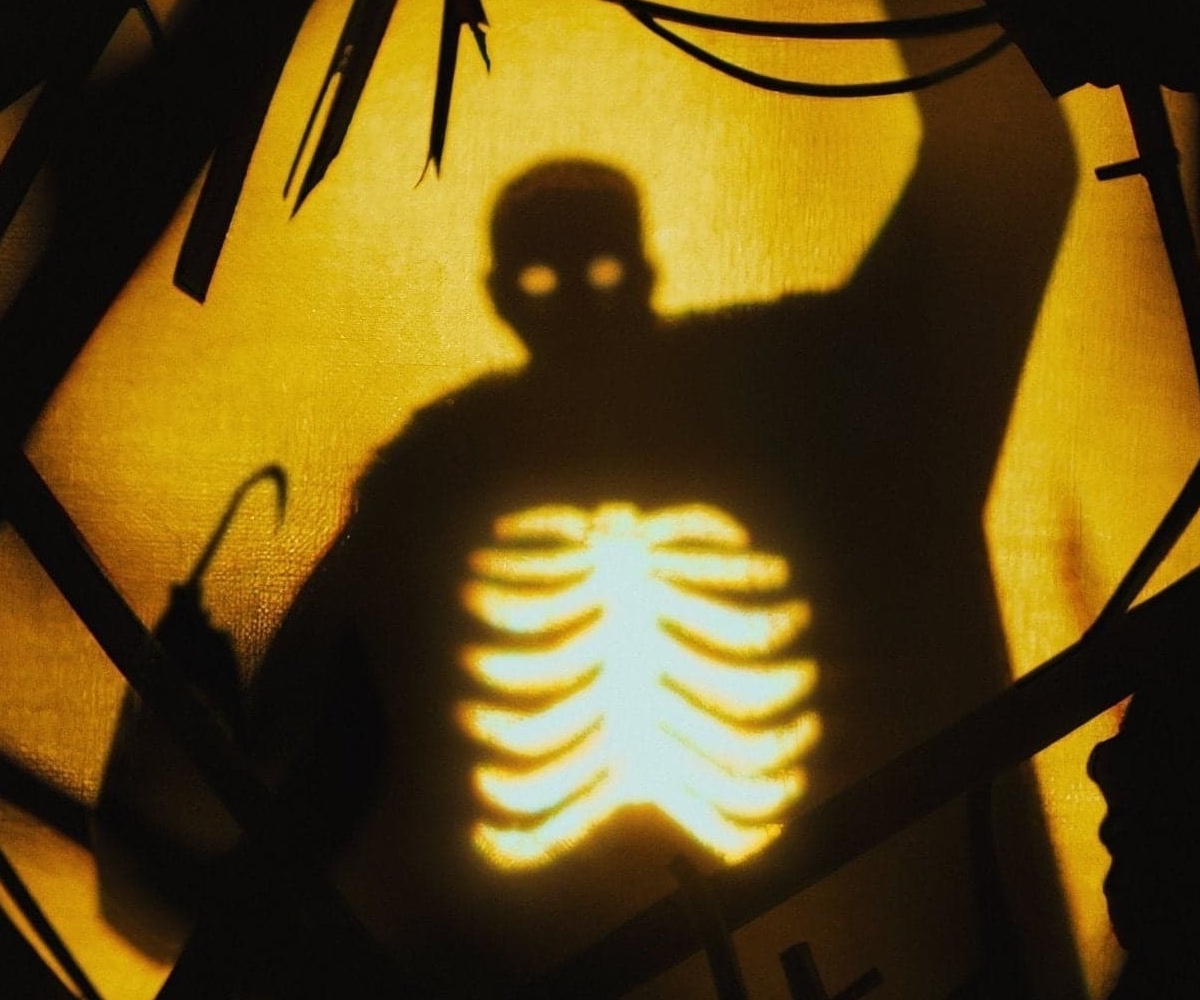 Whoever thought up this promotional gimmick for the new Candyman movie, which arrived in theaters on Friday, deserves a raise.

This horror flick from director Nia DaCosta is a sequel to the 1992 original of the same name. The same one that terrified a whole generation of moviegoers is still a bit skittish about saying that name in rapid succession. And speaking of that (the way you say his name five times to summon him), head over to IDareYou.CandymanMovie.com. There, you can watch the final trailer for the movie, but there’s a big catch. You have to say “Candyman” five times into your computer microphone.

When you open that website, make sure “Say it” is highlighted, and check the box that asks for permission. After that, you should see the words “I dare you to say Candyman” in ominous letters in the middle of your screen. And a counter at the top of the page will note how many times you’ve said the word. Not going to lie, though. I may have jumped a little. You have been warned.

Anyway, as far as the movie itself, this one has Jordan Peele in the writer’s seat. Peele is, of course, a creator of incredible horror stories (Get Out and Us), so Candyman should definitely be on your list. Especially if you’re into scary movies. A genre, by the way, that people are flocking to in droves right now, if the Netflix charts are any indication.

As far as what you need to know for the new movie, the cast includes Yahya Abdul-Mateen II and Teyonah Parris (who you’ll recognize from Aquaman and WandaVision, respectively). Tony Todd and Vanessa Estelle reprise their characters from the original movie.

In the sequel, an artist moves into a neighborhood with his girlfriend that’s now gentrified — and which the Candyman once terrorized. The couple learns the scary, murderous history of the area. And they get drawn deeper into the Candyman’s horrific mythology.

The film has impressed both critics and audiences, right off the bat. It’s got an 86% critics score at Rotten Tomatoes, based on 185 reviews. As well as a similarly impressive 79% audience score there, from more than 100 verified ratings. “DaCosta uses precise camerawork and clever, subtle mirror shots to suggest what the 1992 version does with atmosphere,” a New Republic critic writes. “That it’s seductive but dangerous to name the worst of anybody’s traumas anywhere, but especially in the vicinity of a mirror.”

Candyman, from Universal Pictures, runs 1 hour and 31 minutes. Check out some reaction to the newly released movie from social media below, from users who’ve already checked it out:

Just saw #Candyman ‘s sequel/softreboot. I liked how they’d modernized & adjusted some origin stuff instead of goin like Candyman 2 & 3. Had some minor issues w/ it but overall thought it was a pretty good Horror flick. Def recommend.
Also unrelated Got a New Hat, YareYare Daze pic.twitter.com/gDI6Dd8PTs

#Candyman takes an incisive, visually thrilling approach to deepening the franchise’s mythology — and terrifying audiences along the way. #Candyman is #CertifiedFresh at 86% on the #Tomatometer, with 168 reviews: https://t.co/eiGCLk7CRB pic.twitter.com/pbRXUKS0hg