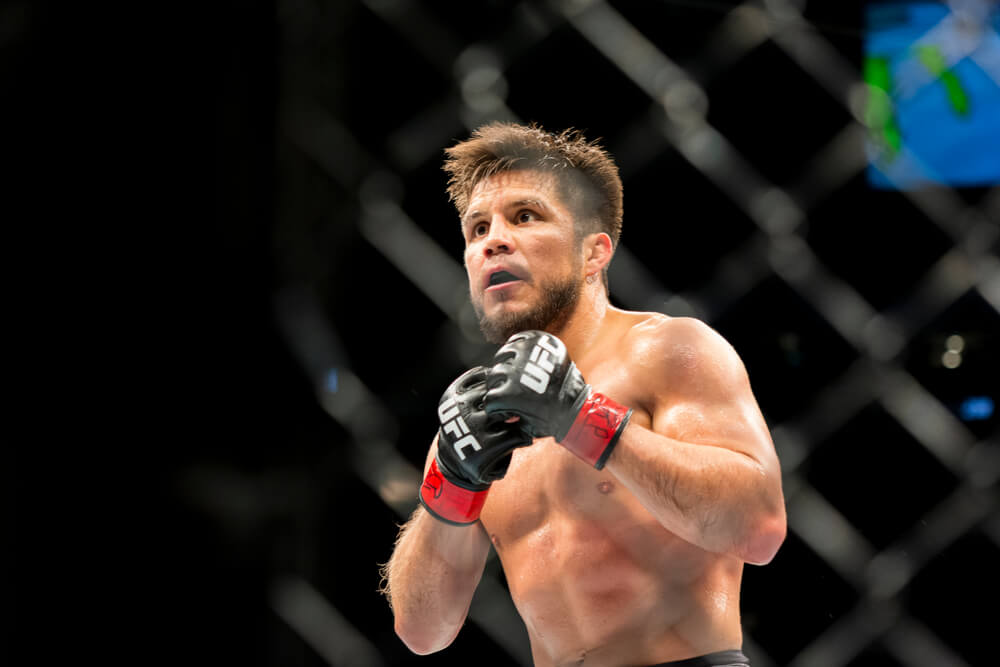 From Olympia to the Octagon, these guys used their Olympic skills to find success in the UFC.

A true legend of the sport of MMA, Dan Henderson’s career stretches multiple generations, beginning when the UFC was merely fledgling promotion fighting for sporting recognition, and ending aged 46 with a shot at the UFC Middleweight Championship in front of over 15,000 people.

Henderson’s sporting career began in wrestling when after a successful high school career in both Olympic disciplines Henderson established himself as one of the preeminent Greco-Roman grapplers in the country. Qualifying for the 1992 Olympics in Barcelona, Henderson would finish 10th, over a year before the UFC was even founded.

Henderson would continue his Olympic ambitions in the years that followed, again qualifying in 1996, before going on to finish twelfth in Atlanta before announcing his retirement from the sport in 2001.

However, by this time, Henderson was demonstrating that MMA was his true sporting calling, winning the UFC 17 Middleweight Tournament and becoming one of the early stars of the PRIDE promotion in Japan.

Hendo would go on to have two further spells in the UFC, and while he was unable to capture UFC gold during that time, his status as a legend and a pioneer of MMA has already been cemented with his induction into the UFC Hall of Fame in 2018.

One of the most beloved fighters in the history of MMA, Daniel Cormier didn’t even step into a cage for the first time until after his 30th birthday, but went on to leave an incredible legacy in the UFC.

DC’s earlier sporting years were spent on the wrestling mats, with Cormier narrowly missing out on gold in the 2001 NCAA Championships, losing only to later Olympic Gold Medalist, Cael Sanderson.

Cormier would go on to represent his country in the 2004 Olympic Games, finishing fourth and missing out on a spot at the podium. Looking for redemption and riding a wave of momentum into the 2008 Games, Cormier was named as the team captain for the US wrestling team but was ultimately unable to compete due to weight cutting complications.

Despite often missing out at the final hurdle in his wrestling career, Cormier went on to achieve great success after transitioning to MMA, winning both the UFC’s Heavyweight and Light Heavyweight Championships before retiring in 2020 following a loss to Stipe Miocic.

Perhaps due to her unceremonious exit from the sport, inaugural UFC Women’s Bantamweight Champion and 2008 Olympic Bronze Medalist Ronda Rousey’s achievements in MMA are not really talked about enough these days.

Of course, the skill levels in women’s mixed martial arts have increased exponentially in the years since Rousey became the first woman to fight in the UFC in 2013, but that should not take away from what the Rowdy one achieved in combat sports.

By securing bronze at the 2008 Olympics in Beijing Rousey became the first American woman to capture a medal in the sport of Judo and subsequently retired from the sport, later to pursue a career in MMA.

A pair of brutal losses to Holly Holm and Amanda Nunes brought an end to Rousey’s career in the cage, but it should not detract from just how much the Californian accomplished during her time in the sport.

Possibly the most dynamic athlete ever to step foot in the UFC Octagon, Yoel Romero combined freakish athleticism with elite-level wrestling skills to become a stalwart at the top of the 185lbs division for close to a decade.

Prior to making his start in MMA, Romero trained in the world-renowned Cuban Olympic Wrestling programme and became a world champion with a first-place finish in the 1999 World Wrestling Championships in Turkey.

At the 2000 Olympics in Sydney, Romero would finish second to Russian Adam Saitiev, taking home a silver medal. Romero would again compete in the 2004 Games but did not win a medal, and defected to Germany in 2007 to pursue a career in MMA.

After a 4-0 start to his MMA career in regional promotions across Europe, Romero would sign with Strikeforce in 2011 before being to the UFC’s middleweight division after ZUFFA purchased the promotion.

Despite never winning gold during his UFC stint, Romero will be remembered for his fearsome reputation, spectacular knockouts, and 8-fight win streak between 2013 and 2016.

Despite being one of the most polarising fighters on the UFC roster due to his antics outside the cage, it is undeniable just how much success ‘Triple C’ Henry Cejudo has enjoyed during his time in combat sports.

Unlike most amateur wrestlers in the US who attempt to qualify for the Olympics after competing for a number of years at a collegiate level, Cejudo began at the United States Olympic Training Center whilst still in High School, before earning a spot on the US Freestyle Wrestling Olympic team for 2008.

At the games, Cejudo would defeat four opponents to win the gold medal in the 55kg weight class. After failing to qualify for the US team as defending Olympic Champion in 2012, Cejudo would hang up his wrestling shoes and embark on a career in the cage, making his MMA debut in 2013.

After a perfect 4-0 start to his UFC career, Cejudo would suffer a devastating first-round KO defeat at the hands of then-UFC Flyweight Champion Demetrious Johnson.

Cejudo’s ability to persevere in difficult situations was well-documented, and he recovered from the defeat by going 6-1 in his next 7 fights, including defeating Johnson in a rematch and capturing the UFC Bantamweight Championship to become a simultaneous two-weight UFC Champion.